Well, we all thought one of these teams would end up in the AFC Championship Game. That’s right, the Titans! Not really. The Titans took out the Ravens, helping to clear the runway for the Chiefs to stroll right on into the Super Bowl. The Chiefs almost forgot to hold up their end of the bargain, as they trailed 24-0 in the second quarter against the Texans last weekend. Then, Mahomes went supernova, and everything returned to normal. Now, the season-long near-front runner takes on the hot upstart in an exciting AFC Championship Game clash! How do the Titans continue to slay giants? Do the Chiefs need to come back from 24 down again? Let’s figure out the key player, position group, and statistic that leads these respective teams to victory on Sunday. If you want to know how our team of experts and comedians think this might go, check out our predictions here.

Sure, Patrick Mahomes gets his. Of course, that means Travis Kelce does, as well. However, if the Chiefs want to play in Miami in two weeks, Damien Williams needs to get his, as well. Williams had just two games over 77 rushing yards all year, but has come on lately with receptions, long runs, and most importantly… touchdowns. Damien Williams gives the Chiefs another dimension to their game, one that forces teams to respect the run. If Damien Williams gets going, the Titans have no chance at winning this one.

This isn’t a specific position group, but the defensive line and the linebackers hold the key to a Chiefs victory in this contest. Obviously, this is due to their responsibilities stopping Derrick Henry. Or rather, attempting to stop Derrick Henry. He’s redefining “running roughshod,” over his last three games, averaging 196 yards per game. Okay, I have to make sure I rewrite that for you, since you obviously think that is a typo. Over his last three games, Derrick Henry averages one hundred ninety-six rushing yards per game. The KC front seven needs to step up, man up, and stop Derrick Henry if the Chiefs want to escape the fate that befell the Ravens and the Patriots.

As of right now, the Chiefs likely win this game. I chose the Titans, however, due to Derrick Henry’s game-breaking rushing streak. The Chiefs need to force the Titans to throw the football, and if they can force them to do that, the Chiefs walk away with the victory. Tannehill has twelve Titans starts under his belt, and he’s 1-2 in games with over 30 pass attempts, losing to Carolina and Houston. The Titans want to build their game around Derrick Henry’s rushing, but if the Chiefs can force Tannehill to throw, Tennessee’s chances of victory decrease drastically.

How the Tennessee Titans Win

I already went through all of this above with the KC linebackers. Derrick Henry makes the Titans’ engine go right now. The Titans will not take down the Chiefs without a big day from Henry. Given their recent success, he’s the guy this whole game runs through. Oh, and the last time these two teams matched up this season, Henry went for 188 and two touchdowns.

It isn’t enough for Derrick Henry to crush this Chiefs defense, the Titans also need to stop the Kansas City passing game. Sure, Travis Kelce and Tyreek Hill remain the main parts of the KC offense, but Sammy Watkins, Demarcus Robinson and Mecole Hardman all have enough talent to make the Titans defense have a bad day. As it stands, the 288 passing yards per game with Patrick Mahomes would rank fourth on the year, if he hadn’t missed two games. This butts right up against a huge Titans’ weakness. The Titans allowed the ninth-most passing yards in the league, and only eleven teams yielded more 20+ yard passing plays. 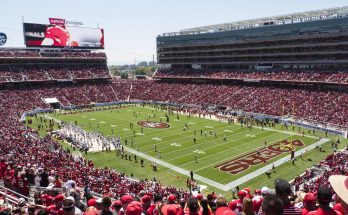