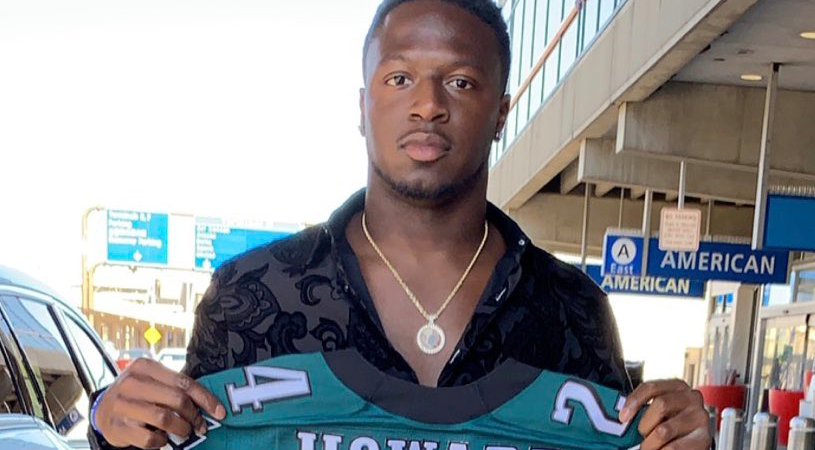 Should I Drop Jordan Howard?

As of writing this, Jordan Howard sits at 72% ownership on Yahoo! That’s over 10x the odds that he has to start this season for your fantasy football squad. He played great the last two times we saw him, posting 96 and a touchdown and 82 and a touchdown in weeks 8 and 9. However, sudden roster crunches with the losses of guys like Derrius Guice, you may be asking yourself, “should I drop Jordan Howard?” I’m here to tell you that you definitely should drop him.

That brings me to my first point. Jordan Howard still isn’t cleared for contact, and it’s been five weeks. Early reports last week indicated that Howard was a longshot to play, which means that his stinger injury isn’t progressing like the Eagles hoped. This means he has a very low likelihood of playing in week fifteen, and even if he does, he likely isn’t going to find a lot of success. He has a nerve issue in the neck and shoulder area, and those don’t suddenly get better without any residual effects. That means, you’re not playing him this week, even if he’s ruled active.

What about next week? Well, it depends on what he did in week fifteen, right? Wrong. If you are still playing in week sixteen, you literally have a championship squad. What kinds of insane, Rube Goldberg-esque series of injuries and events would find you in such dire straights that you’re starting a guy who missed five weeks with a nerve injury, in an RBBC? Against a Dallas team that isn’t a good matchup for running backs? What series of events lead to that?

Why not, instead of rostering Howard, you take steps to prevent that series of events from going down? Why not, pick up Alexander Mattison if you have Dalvin Cook? Or Ryquell Armstead if you fear a Leonard Fournette worst-case scenario. These will be two backs with full shares of the backfield. This is the time of year for handcuffs. It’s you versus a small group of players, in a two week season. Don’t waste your time with Jordan Howard. Even if Jordan Howard plays, you aren’t playing him.

If you’re asking yourself “should I drop Jordan Howard?” think about your team critically. Is there a chance you play him in week sixteen, the best-case scenario? A back that missed at least five weeks with a nerve issue, in a running back by committee? Put aside Howard’s skills, which he’s shown are good. Is that someone you’re sticking in your lineup with the season on the line? No. Drop Jordan Howard and find someone you would start with your season on the line.