Is it time to drop Tarik Cohen?

People who drafted Tarik Cohen to their fantasy squads had visions of a high-powered Bears offense involving tons of Cohen targets. This would give them a ton of PPR points with a super-powered scat back. You know, the thing that happened in 2018. Well, they got scat back alright. It seems odd to write this article on the back of a game that saw Tarik Cohen’s highest fantasy point total of the season. Unfortunately, the trade deadline has passed in a lot of fantasy football leagues. That means trading Cohen on that high might be out of the question. That leads us to a difficult question: should you drop Tarik Cohen in your fantasy football leagues?

First off, a lot of your fellow fantasy football owners beat you to the punch. The near-universally drafted Tarik Cohen currently sits at 57% ownership. Also, this is during a six-team bye that also had numerous high-flying W/R/T players missing the week. This means that even desperate players who had to rejigger their rosters in a desperate situation didn’t even turn Tarik Cohen’s way. Cohen’s final fantasy points in half-PPR (11.7) wallpapers a ton of issues with his actual performance. Namely, he scored a touchdown, which obscured Cohen’s 37-yard performance. Meanwhile, prior to Tarik Cohen leading the way against the Lions, the leading running back scorer in each game crushed Detroit. Prior to Sunday’s Lions-Bears tilt, the leading scorer at running back against the Lions averaged 21.1 fantasy points per game. 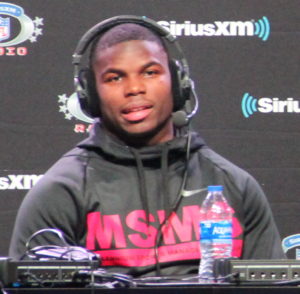 So, is Tarik Cohen Droppable?

The problem isn’t necessarily with Cohen, however, Cohen is a symptom of the disease. David Montgomery took over as the solidified starter three games ago. Since then, Cohen went from 10.5 opportunities per game to just seven. He has fewer opportunities per game with David Montgomery as the unquestioned starter as he had targets per game prior to that point. This offense has shifted to a David Montgomery-centric one. The Bears are, smartly, taking the ball out of Mitchell Trubisky’s hands lately. If you remove his three-attempt injury game, Trubisky averaged 39.25 pass attempts per game. Since Matt Nagy certified himself as “not an idiot,” Trubisky averages only 26.3 pass attempts per game or just 64% of his previous target volume.

Ultimately, Cohen has become a victim of circumstance. The Bears, unfortunately, realized their quarterback is Mitchell Trubisky. They’ve turned away from the pass and towards their new savior, David Montgomery. With that turn, Tarik Cohen’s opportunity volume has reached part-time scatback role levels in an offense that’s scored 50 points in three games. There’s just not enough left there for Tarik Cohen for you to feel good about starting him. To sum it up, if you’re in a roster crunch and you’re wondering if it’s time to drop Tarik Cohen…