Should I Bench Mayfield, Gurley, and Adams?

Here comes week 4 in the almighty NFL, where no player is safe from injuries, no quarterback is safe from criticism, and Baker Mayfield still runs his mouth while having a QB rating so low that even Rex Ryan had to call him out on it. You know the season is wacky when foot fetish fiend Rex is right. Three weeks down, many to go, and choices this early in the season can still severely hurt your playoff chances. Don’t begin impeachment proceedings on these players just yet, and I’ll tell you why.

1. Should I Bench/Trade Baker Mayfield?

He runs his mouth, throws interceptions in the fourth quarter, and is starting the season with a 1-2 record. He’s been dropped or benched by loads of teams. I flew to Cleveland to watch him practice and I think I’ve figured out the problem. He’s been playing with a Ring Pop on his finger all this time, which has affected both his trajectory and sweet tooth during games. You know how kids perk up with sugar? It turns out it has an adverse effect on Baker, so I convinced him to ditch it for a more conventional candy necklace. A few nibbles here and there on the sideline should set him straight. Mayfield has had his issues, don’t get me wrong, but with offensive badasses like OBJ, Chubb, and Landry, he’s bound to have better games. Reminiscent of Rivers, Baker Mayfield is the type of quarterback that gets fired up. The more negativity they throw his way, the more likely he’ll work to fix his shortcomings. The Browns certainly know that a 1-2 record isn’t the end of the world. He’s averaging 36 pass attempts and 268 yards so far. His potential is there, but like the Colts, his luck just hasn’t been there. He’ll certainly capitalize on much friendlier matchups in the coming weeks, especially against Baltimore in week 4 who has allowed an average of almost 300 yards to quarterbacks in the last three games. Don’t give up on Mayfield just yet.

2. Should I Bench/Trade Todd Gurley?

Benching Gurley was one of the hardest things I had to do last week. That’s saying a lot because I went to my sister’s funeral (don’t worry, she isn’t dead: She was just the caterer). Gurley just hasn’t been himself. The Rams are obviously easing him into this season. Averaging just under 15 rushing attempts per game, Gurley has been sharing the workload with Malcolm Brown, who had a promising start, but is now fading faster than Marty McFly’s parents in a photograph. Their week 4 matchup is scary on paper. but the Rams have a tendency to go against the grain with good defenses. The Bucs are only averaging 22.6 points per game, which shows that they won’t get a big lead on Los Angeles to force Goff to throw. Gurley is healing, and while his numbers don’t show it, his knee is getting better as the season progresses. It’s only a matter of time before he breaks 100 yards and starts bringing in the points. While this next week might be a tougher matchup, the Rams schedule gets easier for running backs in the following weeks. Gurley wants to do better, and the kid has heart. Keep him around, especially for this matchup at home, where the Rams went 7-1 last season. Numbers aren’t always right and I’m positive Tampa Bay’s defensive front is just waiting to give up loads of points.

3. Should I Bench/Trade Davante Adams?

Davante is the type of guy who helps you clean up after a party. While his name might sound like an estranged vampire cousin of the Adams Family, he’s actually a regular human being capable of big games. Green Bay is on fire right now. They haven’t necessarily been burning since the world’s been turning, but with their 3-0 start, people are starting to notice. Adams has the 8th most receptions since the beginning of last season, proving that not only does Rodgers trust him, but the team believes in his prowess as well. This season hasn’t been very friendly to him. Though his floor is decently high, his ceiling ain’t vaulted just yet. He’s the definition of under-performing right now. Though teams aren’t necessarily dropping him any time soon, he’s certainly being used in trades for more consistent wide receivers. Green Bay will be continuing their streak in the coming weeks, and while they’re bound to drop a loss here and there, Adams will be turning it up. Look for his target share to near 10 a game in the coming weeks. He’s got the skills, he just hasn’t had the opportunity to show them off since week 2 against the Vikings (102 receiving yards). He hasn’t scored a touchdown yet, which could potentially put him under the radar against defenses. Keep a tight hold on Adams. He’s about to have a big one in the coming weeks.

Big names don’t always mean big numbers, but as we’ve seen in past seasons, the best players can drop off extremely quickly. Impulsiveness doesn’t win championships, which is why hanging on to these players is a wise decision. Monitor their progress and keep hope alive as the following weeks for all three of these players promise to be much better than the first three. Numbers can be equally scary and enticing at times, but they should never paint a complete picture of a player through the first three shaky weeks of the NFL season. 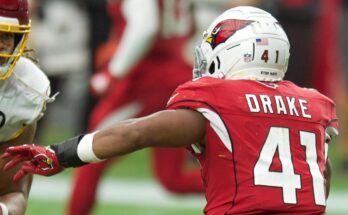 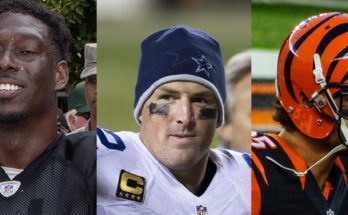 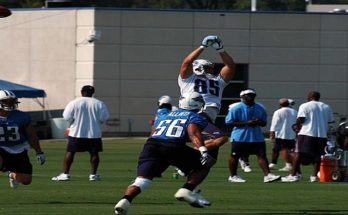 View all posts by Will Button →