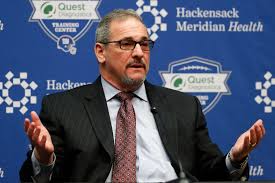 One of the best ways to maximize your weekly scoring is to stream defenses.  This strategy is simple – we aren’t as concerned about good defenses, so much as finding defenses that are playing terrible offenses.  Bad offenses are more likely to keep playing badly because if they knew how to be good, they would already be good.  Because of this flawless logic, I will be pointing out the best streaming options on a weekly basis.

This is my number one defensive streaming play for week three.  Let’s be real.  If the Miami Dolphins didn’t exist, we’d be talking about just how terrible the New York Giants are this year.  This week, the New York Giants announced that they are benching Eli Manning for rookie Daniel Jones.  In his first NFL game, he will be playing a Tampa Bay Buccaneers team that has quietly been one of the best defenses in the league.  They have been the seventh-best fantasy defense this season. The reason this probably isn’t a fluke is that Tampa Bay is being coached by Todd Bowles.  Bowles is one of the best defensive coordinators in football.

Can we address the elephant in the room? And by elephant, I mean the size of the steaming pile of season that offense has put up.  One of the most exciting offenses of the offseason has been the ninth-worst scoring offense in football. The Atlanta Falcons are giving up the fourth-most fantasy points to opposing defenses. They have the second-highest amount of turnovers in the NFL.  They have the seventh-worst conversion rate on third down.  That means when they eventually sustain a driver, they are most likely to just give the ball to the defense. This is where the Indianapolis Colts come in.  Indianapolis hasn’t been much to talk about thus far, but neither has Atlanta’s offense.  And Indianapolis has a quietly good, young defense returning from a great campaign last year.  You could do a lot worse than Indianapolis as a streamer.

Honestly, after the first two, there are not a lot of strong defensive streaming options this week.  All the best match-ups are teams that are owned in most leagues.  Having said that, Detroit is a pretty strong play-it-safe streaming option.  They have had two good fantasy outings in a row and are playing a pretty average Philadelphia team that has a lot of beat-up players.  I’d feel pretty good starting them against the Eagles and thinking they might not do much, but probably won’t disappoint.  Until I remember that they are the Detroit Lions and only know how to disappoint.