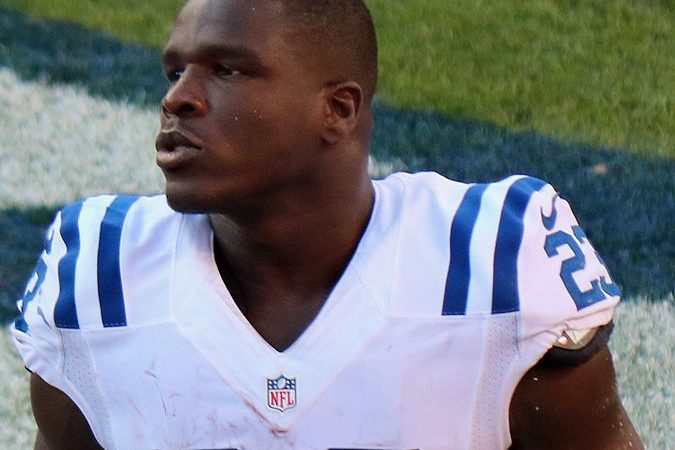 The hardest part of a young fantasy football season is sorting out who is Actually Good and who is Actually Bad. At this point, it’s too soon to tell, but we can go ahead and mine opportunities gained that might put you ahead of the curve with respect to your fantasy football league mates. Below you’ll find two running backs available in at least 50% of Yahoo! leagues, and a third back available in 99% of Yahoo! leagues. As always, check and see if the guys in Waleed Ismail’s Waiver Wire Cheat Sheet slipped through the cracks. If they didn’t, check out the week three running back sleepers below.

There are some who think that Raheem Mostert is better than David Johnson. No, people don’t actually think that, but Mike Valverde put down an extremely compelling case for Mostert over DJ in last week’s Football Absurdity Podcast. And folks… he was right. Mostert, a UDFA, played well in limited reps last year. He turned in 261 yards on 34 rush attempts, kicking in a touchdown before breaking his arm, costing him the season. Kyle Shanahan showed on Sunday in Cincy that he will employ a multi-back system, even without Tevin Coleman. Mostert is the next man up in that situation, and he rewarded the faith. He turned in 149 yards and a touchdown on 16 touches.

This week, the 49ers open up against the Pittsburgh Steelers, fresh off shaking up both their offense (Big Ben) and defense (Minkah Fitzpatrick). As a 49ers fan, I have to tell you, this will be the first time you see an actual good crowd at Levi’s Stadium since it opened. The 49ers are likely to rush out to a lead and stay there. That means lots of carries for Mostert. The Steelers are a top-ten RB matchup this year, with Rex Burkhead, James White, Rashaad Penny, and Chris Carson all turning in at least 8.2 fantasy football points in half-PPR this season… through two games.

The Ageless Wonder. The Inconvenient Truth. Franklin Delano Gore. Whatever you call him, he’s going to be the lead running back for the Bills on Sunday against Cincy. Devin Singletary came up lame on a run and is unlikely to play Sunday. Even if he does play, Gore already has 30 carries in two games. It’s clear the Bills intend to use him on the ground, no matter how inefficient he is. He scored a big boy touchdown last week, showing he still has goal-line chops, but his 3.58 yards per carry last week left something to be desired. However, the opponent this week will cure his YPC woes.

The Bengals already yielded four weeks worth of great running back games, in two games. Chris Carson, Raheem Mostert, Matt Breida, and Jeff Wilson Jr all turned in at least 13.7 fantasy points against them this year. And much like the 49ers, the Bills return home from a road trip 2-0 to a fired-up crowd. Don’t be surprised for Gore to turn in 100 yards and two touchdowns. Well, actually, be surprised if that happens, but 80 and a score is more than reasonable.

The Detroit Lions jettisoned C.J. Anderson this week, leaving the backfield as (Kerryon) Johnson & (Ty) Johnson. The Lions seem hellbent on not letting Kerryon Johnson touch the ball more than 15 times. Math tells us that someone else must run the ball, and given that the roster is Johnson, Johnson, and Paul Perkins now… Let’s go with Ty. Johnson has only six rushes in the last two games, but his 36 yards in those carries did enough to impress Lions coaches, who jettisoned their second quality running back since training camp started.

This week, Ty does not have the best matchup, on paper, but it’s looking increasingly like the Eagles faced two incredibly messy running games in the first two weeks. In week one, Washington played Chris Thompson, who can’t run the ball, and Derrius Guice, who quickly went on IR. In week two, Devonta Freeman continued his struggles, but Ito Smith turned 8 carries into 32 yards. There’s a glimmer of hope for Ty Johnson, but there’s a non-zero chance you’re beating the waiver wire for a quality depth piece.

Check out all our week three sleeper pieces