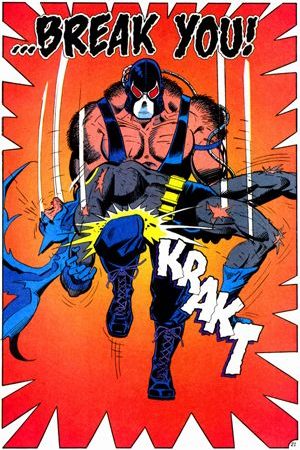 The 2019 NFL season is almost starting, but you’ve already screwed up your fantasy draft.  Why you drafted three kickers, nobody knows.  What we do know is how to help you salvage the disaster your fantasy roster already is.  Lucky for you, fantasy football leagues are won on the waiver wire and I’m going to provide you with the best options available before week one starts.  If I don’t mention someone whom you think I should be talking about, just know there are many reasons why I overlooked them. Maybe they are owned in most leagues. Maybe they are so bad I don’t even consider them.  Maybe it’s because your opinions cannot be trusted. After all, you are here. So let us examine what our best week one waiver wire players for your championship run are…

Should I Pick up Matthew Stafford? – Owned in 21% of leagues – Do you remember when Matthew Stafford was good at football?  It shouldn’t be too hard to remember, it was only two years ago.  Unfortunately, last year is heavy on the minds of former Stafford owners, where he ranked just 19th among quarterbacks.  Not exactly what you are looking for in a starting QB.   But the previous two years, he was a QB1 in fantasy formats.  The major difference between 2017 and 2018?  Stafford doesn’t have a broken back this year.  And most important of all, in week one, the Detroit Lions are playing an Arizona Cardinals team that is missing its number one and number two cornerbacks.  If you need to roll the dice at quarterback in week one, Matthew Stafford is a great upside play.

Should I Pick up Sam Darnold? – Owned in 23% of leagues – Josh Allen and Lamar Jackson have been fan favorites in the preseason, but Sam Darnold is the better quarterback. Of the three quarterbacks, Darnold is in the best position to succeed.  Darnold has the best receiving group of the three and the best running back by far.  The only real concern is how the Jets offensive line will look with no worthwhile additions in the offseason to a pretty mediocre group. However, if you are looking for long-term upside, Sam Darnold is a guy to watch for.

Should I Pick up Carlos Hyde? – Owned in 37% of leagues – If you don’t like your running back situation and need someone to start in week one, you can’t do much better than Carlos Hyde.  The Texans just traded for him after losing Lamar Miller for the season.  His only competition on the roster is Duke Johnson, who is much more suited toward passing downs.  Carlos Hyde is worth grabbing for the simple fact that he is going to get a lot of looks on a dynamic offense because they don’t have any other good options at running back.

Should I Pick up John Brown? – Owned in 41% of leagues – If you aren’t comfortable with your week one receivers, John Brown is an intriguing option.  If you look at his 2018 splits, in nine games with Joe Flacco, he had 67 targets for 34 catches, 601 yards, and 4 touchdowns.  With a quarterback who could throw a deep ball, John Brown was on pace for 1000 yards.  In Buffalo, he has Josh Allen throwing him the football.  As much as I don’t like Josh Allen as a quarterback, the one thing about him I do like is his arm strength.  Moreover, last year the Jets gave up the second-most fantasy points to wide receivers.  If you are looking for lightning in a bottle in week one, John Brown is an intriguing prospect.

Should I Pick up Anthony Miller? – Owned in 45% of leagues – If you are looking for a long-term upside play at wide receiver on the waiver wire, you should check to see if Anthony Miller is available.  Many experts believe that the Bears will make a big leap in year two of Matt Nagy’s offense.  If those experts are right, Anthony Miller is primed to be the biggest beneficiary.  The Bears traded a 2019 second-round pick to move up in the 2018 draft to get him, so they have a lot of incentive to see him succeed.  And as a rookie, he did just that.  Anthony Miller was second among rookies with seven touchdowns and showed flashes of game-breaking ability on an inconsistent Chicago Bears offense.  If he makes strides in year two, he could be a significant boost to your fantasy roster.

Should I pick up Will Dissly? – Owned in 3% of leagues. – If you didn’t get one of the top five tight ends in your fantasy draft, welcome to the wonderful world of streaming.  I’m going to let you in on a little secret – all your options are trash.  Your goal here is to find an equally trashy defense to give your trash tight end some chance to succeed.  Will Dissly fits this role perfectly.  In 2018, he showed flashes as a rookie of having some ability.  More importantly, his week one opponent is the Cincinnati Bengals, who were the third-worst team at defending tight ends.  If you feel you need big production out of your tight end, there aren’t many better options than Will Dissly against a Bengals defense that appears to be playing for the number one pick in the 2020 draft.

Should I pick up T.J Hockenson? – Owned in 42% of leagues. – Now I know I just said all tight ends are trash, but the thing T.J. Hockenson has going for him is maybe he’s not trash.  A top-ten pick in the 2019 NFL draft, Hockenson is as good a blocker as he is a receiver, which means he might have opportunities to be on the field that most rookie tight ends don’t.  And his physical skill-set at the position is a potential match-up nightmare.  If you are looking for a long-term stash at tight end, jump on T.J. Hockenson quickly.  Because the way the waiver wire looks for tight ends, the minute he has a good game, he will be gone.