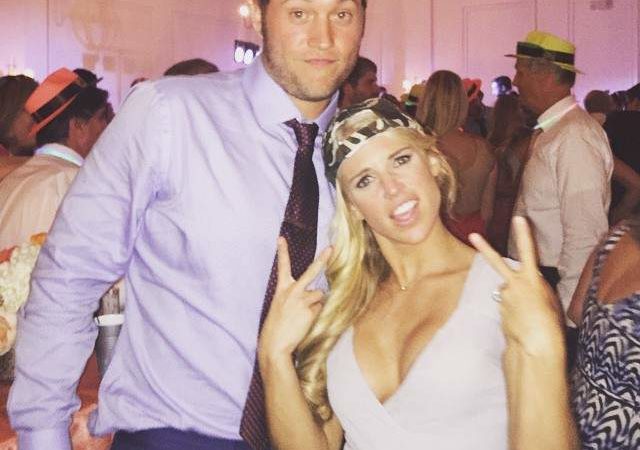 Matthew Stafford doesn’t really fit the mold of a “sleeper,” but given that he’s a legitimate afterthought in most fantasy football leagues… he belongs here. He’s ranked as the #24 quarterback off the board, when he’s turned in a season worse than that only twice, in 2009 and 2010, when injuries cost him 19 games in his first two seasons. Since then, he’s been fantasy football QB 5, 10, 6, 17, 9, 7, 6, 20. The 17th-ranked season saw the Lions replace their OC with Jim Bob Cooter, so we can’t put that at Stafford’s feet.

Last season, however, he ended as QB20, but can you blame him? Well, let’s take a look at what happened around him. From weeks one through eight, he threw multiple touchdowns six times in seven games (he didn’t in a weird, wild week one game against the Jets). Outside of his aberration week one performance, he had only two interceptions in those games. Then, the Lions traded Golden Tate without any sort of Plan B. Stafford threw for two touchdowns and two picks in his next two games. Things looked bleak.

Then, Marvin Jones, Jr went out for the season. With guys like Bruce Ellington catching passes behind Kenny Golladay, Matthew Stafford absolutely cratered. In the last seven games, Stafford threw for just five touchdowns, with two coming in a meaningless week seventeen game. He threw just three picks in the same timeframe, to his credit.

Now, the offense is rebuilt. Kenny Golladay returns as the surefire #1, Marvin Jones is back, and the additions of C.J. Anderson and T.J. Hockenson will bolster Matthew Stafford’s fantasy football value. He doesn’t offer top-five upside, so he might just be a bye week plug-in in one QB leagues, but he could be an absolute steal in 2QB fantasy football leagues.

Man, oh, man, was 2018 a rough year for Kerryon Johnson Truthers (like myself). He started slowly, getting worked in behind JAG LeGarrette Blount. Through his first five games, he garnered only 44% of the carries and 7.7% of the targets and turned in 70.8 yards per game. We were all waiting with bated breath for Kerryon Johnson to breakout for fantasy football. Over the next five games, he jumped up to 60% of the carries and 12.4% of the carries. He had 500 total yards in those five games and three touchdowns. That’s a 1,600 yard (#math) and 9.6 touchdown pace, exactly what his supporters imagined.

Then, disaster struck. Kerryon suffered a grade 1 knee strain and missed the rest of the season. Now, healed, and with only C.J. Anderson (and the corpses of Zach Zenner and Theo Riddick) to challenge him for carries, Kerryon Johnson is set to become the fantasy football RB1 all of us who love him have always imagined.

[UPDATE: July 29 – THEO RIDDICK HAS BEEN THEO RID FROM THE ROSTER, AND THAT’S THEO RIDDICK-ULOUS FOR KERRYON JOHNSON. Just redistributing 50% of Riddick’s projected targets to Kerryon boost Kerryon to RB1 status. Go get him everywhere, he’s the best bet to be this year’s Christian McCaffrey].