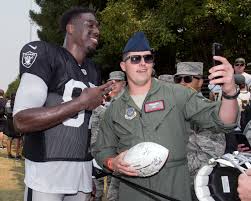 Overview: Jared Cook had a career-defining season last year. Unfortunately, he’s Jared Cook, so that season amounted to 900 yards and 6 touchdowns. This was enough for fifth among tight ends, but not enough to shake the specter of the nine mediocre seasons before 2018. Now he’s on New Orleans, which has a lot of fans hyped for his potential.

Evan Hoovler: Jared Cook seems to be coming up, and New Orleans’ offense is way better than his previous team’s. This is exciting!

Evan Hoovler: Josh Hill seems to have developed a rapport with Drew Brees, and New Orleans’ offense is back on top! This is exciting! His long-term prospects are almost as certain as the long-term success of fidget spinners!

Evan Hoovler: Coby Fleener seems to be coming up, and New Orleans’s offense is even better than his previous team’s! This is almost as exciting as the surefire success of the upcoming film, Warcraft!

Yeah, we’re not buying it. Hey, it could happen, but it’s not worth a reach when there is a huge pack of TE2s. Just wait until a tight end falls 2+ rounds below ADP or goes for just a few bucks at auction. It’ll happen.

Best Case Scenario: Cook somehow found skills in his tenth season and ends up an upper-half TE1, rewarding those who waited until later rounds to get him and not rewarding people who spent a 6th or 7th rounder on him

Worst Case Scenario: Brees does what he always does: recognizes inferior TE talent and ignores him. He doesn’t even end up a TE1.