Last year, we shamelessly tried to suckle at the Disney teat with our 2018 NFL Marvel Mock Draft. This year, we here at Football Absurdity still have day jobs and have decided that Thanos is right.  Half the universe does need to be wiped out. There are too many resources writing about the NFL on the internet and they have to go. We need less ESPN and more FA. So the 2019 NFL Marvel Mock Draft is going to go full Thanos. In Infinity War, Thanos willed half the universe out of existence. This year, we are going to see who or what NFL fans and front offices wish Thanos would destroy. If Disney won’t throw all their money at us, then we might as well just watch the world burn.

We all know what Kliff Kingsbury wants to do:
Good-bye Josh Rosen.  Hello tiniest quarterback ever

Only real men are allowed in NFL locker rooms….
and the planet Earth

Imagine not showing up to your own birthday party

So Jamarcus Russell could have the career he should have

Someone’s gotta save Jameis Winston from himself

In Dave Gettleman’s quest to eliminate analytics,
any scout looking at a laptop must be eliminated!

Instead of playing it safe, Jacksonville aggressively attacks
one of the biggest problems in its franchise history

Being a Bills fan is hard. Especially on folding tables.

It’s time to put an end to the NFL’s assault on the Bengal’s constant assaults!

This is what they serve at Lambeau field.
Somebody save them from themselves!

This is the face of your demise

Do I even need to say anything here?

Between Dan Snyder and an offensive mascot, we’ve just had enough

Because if the NFL isn’t going to call it for the Panthers,
why should they call it for everyone else?

Gotta get rid of Gettleman before he gets rid of all the good players!

Thanos, like everyone else, probably forgets the Tennessee Titans exist

We get it, Pete.  Jet fuel can’t melt steel beams.
Can you address our offensive line now?

Half the roster’s gone.  Fuck you, Thanos!

Eagles fans finish what they started!

We don’t need another Trent Richardson

With limited resources on this planet,
half of Philip River’s kids have to go

Someone has to save Andy Reid from himself

Your new tight end isn’t going to be any good.
Stop fooling yourselves.

In the ultimate act of balance, 8-8 Fisher has to go

Because there can only be one destroyer of dreams 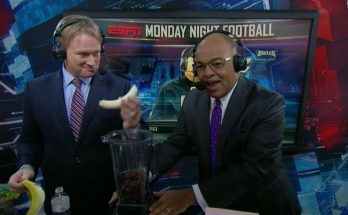