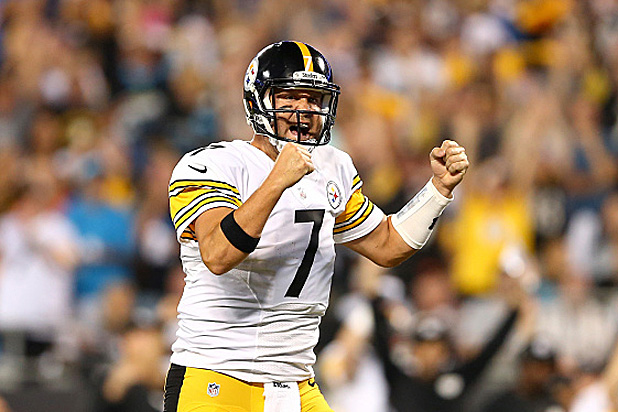 Did the Cleveland Browns steal all of Pittsburgh’s mojo? For as well as the last twelve months have been for the Browns, they’ve been that bad for the Steelers. 2019 sees the Steelers without two-thirds of the Killer B’s, and the oldest, rapiest, and most on the downslope of them on the verge of getting a contract extension. Luckily, the Steelers are presumably not run by a bunch of idiots, so heirs were already waiting in the wings in James Conner and JuJu Smith-Schuster. Still, the power vacuum left by two of the most talented players at their positions of the last decade leaves fantasy football owners hoping for some choice draft selections by the Steelers to shore up their 2019 fantasy teams.

The Steelers have a decent stop-gap behind JuJu Smith-Schuster with Donte Moncrief. Unfortunately for the fantasy football community, they spent nearly a half-decade thinking “playing with Andrew Luck makes you good” with regards to Moncrief. Moncrief is not good. He’s not bad, either. He exists, which isn’t exciting for fantasy football owners. James Washington is also in line to get a target bump with Antonio Brown’s departure. However, fantasy football owners would love a new heir apparent to the Pittsburgh Steelers model of a master & apprentice at WR (very Sith of them). Washington could be that guy, but he’s literally built like a running back, so I am not hopeful. If they draft Marquise Brown, cousin of Antonio Brown, I would ascend to the heavens, laughing like a maniac. It would be a good pick in the second round, though.

There are few running backs who get a higher percentage of his teams snaps than a Steelers running back. Whoever gets the start for Pittsburgh is a shoo-in to be an RB2 at worst out of sheer volume, week after week. Last season, James Conner went down and never got back up and that left the Steelers with Jaylen Samuels late in the season. Samuels was useful, but not prolific. The Steelers haven’t invested much in any back they have yet, so drafting a quality backup would be a great call. It would be doubly useful if he was someone they could redshirt for 2019, like Bryce Love. Either way, the Steelers can give any doofus fantasy football production out of the running back slot, but fantasy football owners wish for a good talent to land on their roster.