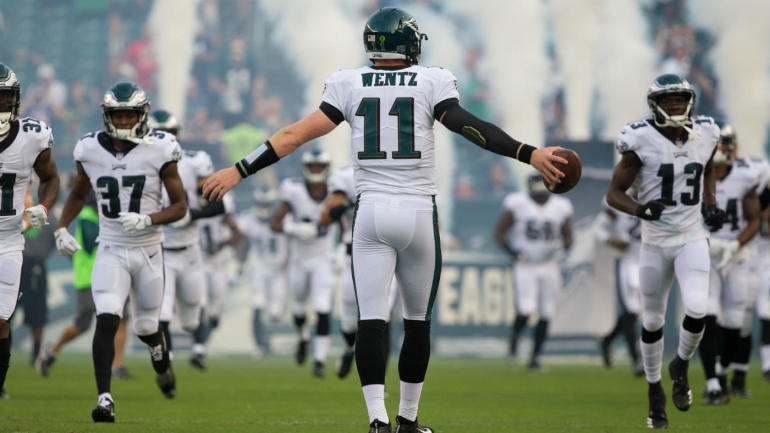 The Philadelphia hopeful mostly need a Carson Wentz bounceback season for their fantasy football-relevant players to have great seasons. The problem? Alshon needs a bounceback, newcomer Jordan Howard needs a bounceback, and their top-five offensive line needs to keep it up. There are a lot of spinning plates for the Philadelphia Eagles offense for 2019, but a couple of solid day two picks could shore up an Eagles offense that hopes to return to the promised land in 2019.

Call me crazy, but I don’t see DeSean Jackson, who is on the wrong side of 30, and Alshon Jeffery, who has played a full season just once since 2014, and Nelson Agholor, who is Nelson Agholor, as a forceful receiving corps that instills fear in the hearts of opposing defenses. Their best bet is to get a WR of the future in the second round to shore up that corps and allow them to move on from D-Jax and Agholor n 2020. The WR that best fits that bill is A.J. Brown, who is set to go in the mid-first, right around when the Eagles select. He’s my favorite WR in the draft, and is a mini-JuJu Smith-Schuster. They may go for a depth piece, instead, but fantasy football owners would want them to go with A.J. Brown or someone of that tier.

The Eagles have Jordan Howard, Josh Adams, and then a bunch of undersized guys that fantasy football owners hope they move on from. Adams had an inconsistent rookie year, and Jordan Howard has an innate issue wherein having him on the field tips a team’s hand. This is a much less pressing need than wide receiver, but there are a ton of talented guys in the middle rounds of this draft. Getting a Damien Harris or a Bryce Love could do wonders for this running back room’s fantasy football prospects in 2019.