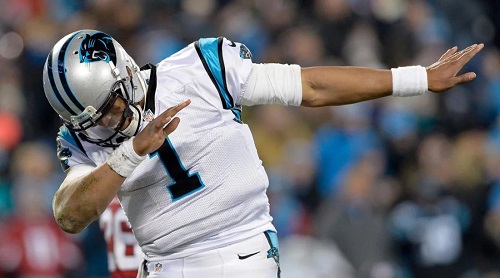 Cam is a year older, and the ravages of time have made him look mortal. His shoulder is once again an issue. Both of these things lead to the two main wishes for fantasy football owners for the Panthers in the 2019 NFL draft.

The Panthers actually did a decent job of stopping opposing teams from knocking Cam Newton on his rear-end. The Panthers offensive line allowed the twelfth-fewest quarterback hits last season, and the 32 sacks they allowed tied for sixth-fewest last year. The only issue is that their offensive line is a sort-of mess going into 2019. Daryl Williams is solid at RT, but things get progressively sketchier as you from RT to LT. The Panthers hope Matt Paradis solidifies the interior, but I’m not hopeful. Carolina would be best suited kicking Moton to a swing tackle role and going after one of the LTs in this draft, like  Jawaan Taylor, Jonah Williams, or Andre Dillard.

I have to specify a specific type of wide receiver here because the duo of D.J. Moore and Curtis Samuel has the Panthers all full up on speedy little receivers. They need a strong possession receiver. Now that they’ve learned that “big and slow” doesn’t mean someone is a possession receiver (see: Benjamin, Kelvin and Funchess, Devin), they’ve moved too far the other way. Their offense now needs a “my ball”-type guy for Cam to chuck it up to, especially with Greg Olsen’s days being numbered. My favorite for them to fill this role is Stanford wide receiver J.J. Arcega-Whiteside. He is the strongest receiver at the point of the catch in this draft, and is exactly what fantasy football owners need to get extra value out of the Carolina Panthers in 2019.