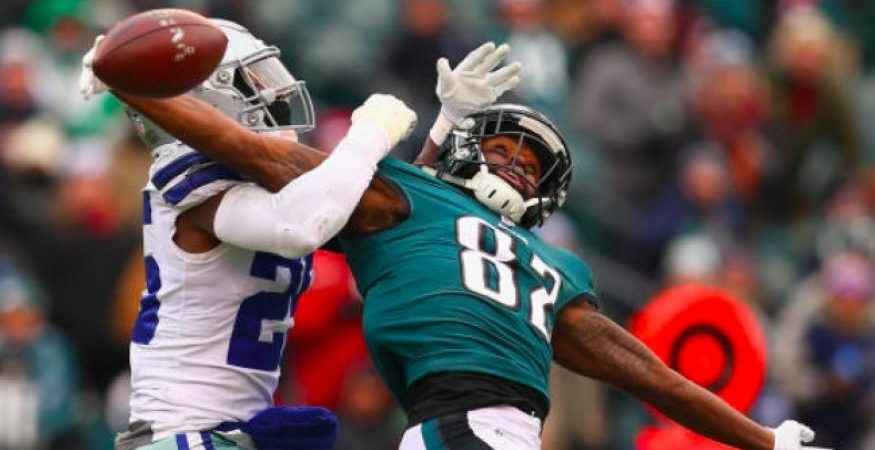 What a difference a year makes. This time last year Eagles fans were mourning the loss of their star QB and abandoning all hope as some dude name Nick Foles was slated to come in and in all likelihood, crap himself for about 60 minutes of football. Well, well, well, Saint Nick turned those drunk skeptics in Philly into believers and a ruly mob. Too bad that was, as they say, so last year. Sorry for your loss Philly. Your season is ova!

Sure there’s a mathematical possibility of sneaking into the playoffs. I am not sure if you are all thinking about that or still crying about the blown fumble call. Look, you let the Cowboys take the division. There’s no bigger crap-shoot of a division in sports than the NFC East. Also, there’s no division in sports I care less about than the NFC East as it houses the most arrogant fan bases in the NFL. This week’s loss to the Cowboys was hopefully that sobering moment when you leave the bar at 3:00 a.m. and realize the party is over.

It’s hard to repeat. It is probably more disappointing that the Eagles couldn’t even run away with the division when their star QB is healthy. Let’s not forget that Alshon went back to being porcelain Alshon once he got the chance. This week’s loss was the nail in the coffin for postseason hope. If you get swept by the Cowboys, odds are you’re not even a wildcard.

The Eagles had no response to Amari Cooper this week. That guy has been born again since jumping from the dumpster fire to the Dallas spotlight. Three TD’s in a game is certainly one way for Amari to go all Maury on the Eagles’ secondary telling them who’s their daddy. The way the defense crumbled in the 4th and again in overtime is a nice slice of irony seeing as LB Grugier-Hill said the Cowboys ‘always choke.’ Let’s pump the breaks pal. You play for a Philadelphia sports team. Last year is what we call an anomaly. Don’t go running your mouth like you’re playing for the best football team in Philly, the Arena league’s Soul.

There’s going to be some real soul searching for the closing weeks in Philadelphia. Now that there’s about a 5% chance of making the playoffs,  Lane Johnson even said their playoff chances are ‘pretty much done.’ I’m not sure if that’s a quitting attitude or just the perspective of the first Philadelphia resident to not live by the redundant principles found in every freaking Rocky movie.

Oh well, I am not going to lose sleep over this busted Philly season as it is clearly not special.