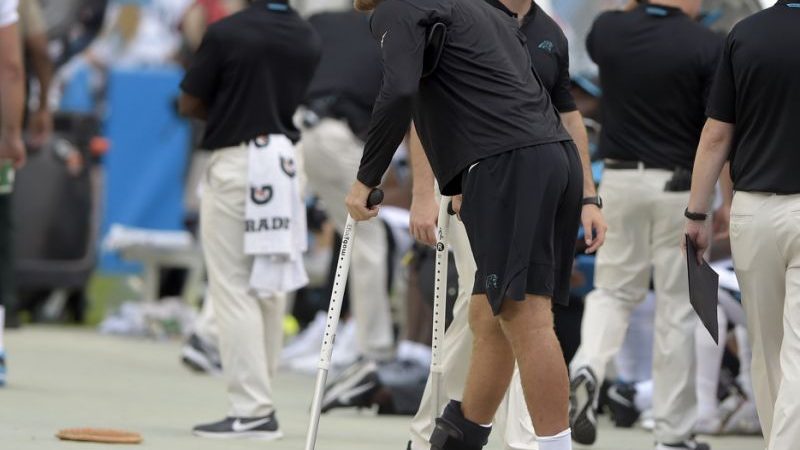 Week 13 is almost behind us and with it your belief that you can properly evaluate fantasy players. Some of you thought your Todd Gurley would know how to run into the endzone. And you were wrong. Some of you thought Andrew Luck would score at least one touchdown. And you were wrong.  Some of you thought fantasy football could be fun. And oh boy were you wrong. If I don’t mention someone whom you think I should be talking about, just know there are many reasons why I overlooked them. Maybe they are owned in most leagues. Maybe they are so bad I don’t even consider them.  Maybe it’s because your opinions cannot be trusted. After all, you are here. So let us examine what our best week 14 waiver wire players are…

Should I Pick up Josh Allen? – Owned in 4% of leagues – Josh Allen had one of the best quarterback performances of week 13, but don’t let that fool you. He is still a trash quarterback. You don’t want to depend on rushing yards from a QB during the playoffs, because one of those weeks it’s going to dip low and leave you with a single-digit QB performance.

Should I Pick up Lamar Jackson? – Owned in 46% of leagues – For the second week in a row, Lamar Jackson was a QB1. He is a dual-threat quarterback with a ton of upside.  Best of all, he is not Josh Allen.

Should I Pick up Jaylen Samuels? – Owned in 6% of leagues – If you own James Conner, you should definitely pick up Jaylen Samuels.  While James Conner’s leg injury doesn’t appear to be serious, if Conner misses any time, Samuels becomes a low-end RB1.  Even more interesting is, if you own him in Yahoo leagues, you can start him as a tight end, which is basically a cheat code.

Should I Pick up Jeff Wilson? – Owned in 1% of leagues – If you are asking yourself if you should pick up the back-up running back to Matt Breida and think what your fantasy teams is more running back shares of the San Francisco 49ers offense, you must be truly desperate.  Also, you probably have no chance of winning, so just give up.

EDITOR’S NOTE: With Matt Breida being ruled out for Sunday’s game, Jeff Wilson just became a necessary add to a team needing help at running back.  This doesn’t change the fact that you still have no hope.

Should I Pick up Dante Pettis? – Owned in 43% of leagues – Over the last two weeks, Dante Pettis has 9 catches for 206 yards and 3 touchdowns. He is emerging as the number one receiver in San Francisco.  As a bonus, the 49ers defense is so bad that they will be playing from behind a lot, which means Dante Pettis will get plenty of opportunities.

Should I Pick up Adam Humphries? – Owned in 46% of leagues – Inexplicably, Adam Humphries has been one of the most consistent fantasy options over the last few weeks.  I’m not sure that makes him good, but if you need a receiver, Jameis Winston likes slinging him the ball when he’s not throwing it to opposing defenses.

Should I Pick up Curtis Samuel? – Owned in 15% of leagues – Curtis Samuel seemed to get a lot of targets in week 13, but the Panthers passing game is so inconsistent for wide receivers, I’m not sure he is worth grabbing.

Should I pick up Ian Thomas? – Owned in 1% of leagues. – Greg Olsen is dead, so he might be relevant.  But if you are looking for Ian Thomas to save your fantasy roster, Greg Olsen isn’t the only thing that’s dead.  (I’m talking about your fantasy team.)