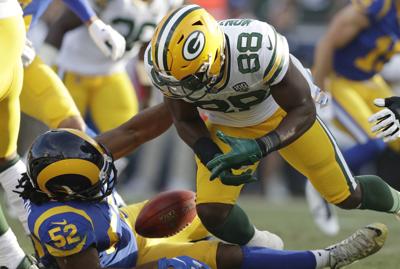 Week eight is almost behind us and with it your belief that the running back you drafted will ever play football again. Some of you thought Jordan Howard would no longer be fantasy relevant. And you were wrong. Some of you thought Mike McCoy getting fired might make David Johnson an RB1 again. And you were wrong. Some of you thought fantasy football could be fun. And, oh boy, were you wrong. Lucky for you, there are waiver wire running back options available to save you from yourself. If I don’t mention someone whom you think I should be talking about, just know there are many reasons why I overlooked them. Maybe they are owned in most leagues. Maybe they are so bad I don’t even consider them.  Maybe it’s because your opinions cannot be trusted. After all, you are here. So let us examine what our best week 9 waiver wire RBs are.

Ito Smith – Owned in 35% of leagues – Last week, Ito Smith was owned in 50% of leagues. This week, that number has dropped down to 35% of leagues. I understand that Atlanta was on their bye week, but the injury to Devonta Freeman makes this crazy to me. While Freeman has been out, Ito Smith has been getting a similar amount of usage as Tevin Coleman. More importantly, Smith has been getting the goal-line looks. That means that if you need help from week 9 waiver wire RBs, he should probably be on your roster.

Doug Martin – Owned in 52% of leagues – Doug Martin found himself on the field for 56% of the Raiders snaps in week eight. He also had 89 total yards from scrimmage and looked somewhat decent. It looks like he is going to be taking on the Marshawn Lynch role in this Oakland offense, which means that he should be flex-worthy the rest of the way. If you need help from week 9 waiver wire RBs, Martin is a must-own.

ABSURDITY CHECK AKA Can I Finally Believe In Booker

Devontae Booker– Owned in 8% of leagues With Royce Freeman injured, Devontae Booker finally got his chance to shine as the Broncos third-down back. Booker ended up with 101 total yards from scrimmage and put up low-end RB2 numbers. Before you start going crazy and buying all the Devontae Booker shares you can get your hands on, remember that he only has value while Freeman is hurt. Even if Freeman is out for a few more weeks, Booker’s value is questionable, since he got his numbers against a Kansas City defense that gives up the 2nd most fantasy points to opposing running backs. Booker is just a change-of-pace back who had a favorable match-up. Don’t waste your waiver on him.

Wendell Smallwood — Owned in 41% of leagues (a.k.a. In A Timeshare In A Good Offense)

Javorius Allen — Owned in 47% of leagues (a.k.a. Number Two Back In Average Offense.)

Peyton Barber — Owned in 51% of leagues  (a.k.a. Number One Back In Bad Offense)