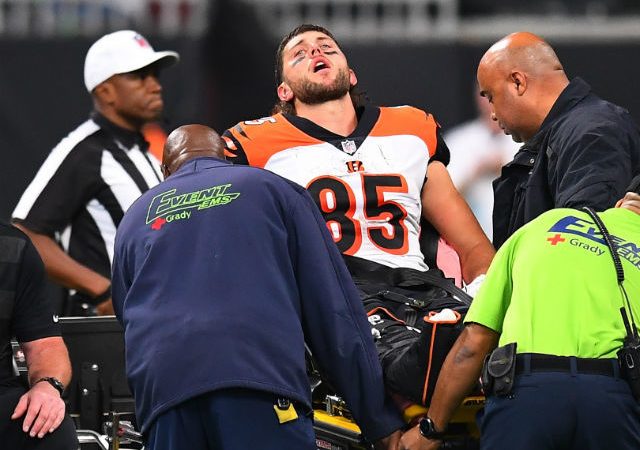 Week four is almost behind us and some of you are starting to appreciate that this is a passing league. Yet you can’t help but wonder why you are not allowed to pass on picking a tight end. Some of you thought Jared Cook couldn’t be trusted. And you were wrong. Some of you thought George Kittle could not survive the demise of Jimmy Garoppolo. And you were wrong. Some of you thought fantasy football could be fun. And oh boy were you wrong. If you have read my waiver wire articles before, you know I don’t believe in burning your waiver priority on tight ends. They are the hardest position to predict. But if you insist on wasting everyone’s time, there are plenty of week five waiver wire TEs available to disappoint you in new and exciting ways. If I don’t mention someone whom you think I should be talking about, just know there are many reasons why I overlooked them. Maybe they are owned in most leagues. Maybe they are so bad I don’t even consider them. Maybe it’s because your opinions cannot be trusted. After all, you are here. So let us examine who is best among week five waiver wire TEs.

Tyler Kroft – Owned in 0% of leagues – If you took the under on the number of games that Tyler Eifert would finish this season, you probably lost some money… Because it was a miracle that Tyler Eifert managed to play in almost four games. Counting on Tyler Eifert is the act of a desperate man. Anyone looking for tight end help reeks of desperation. But I adhere to the “next man up” philosophy: When one Tyler goes down, you need to find a second Tyler to replace him. That is where Tyler Kroft comes in. With Eifert gone, Kroft is the primary tight end on a pass-happy Cincinnati Bengals offense. He was a favorite red zone target for Andy Dalton last year. While I would never recommend using a priority on one of the week five waiver wire TEs, once he clears waiver, he is an acceptable target.

Cameron Brate – Owned in 17% of leagues – Why is Cameron Brate under the absurdity check for week five waiver wire TEs? Because the only thing more absurd than spending your waiver wire on a tight end is using it on a tight end who is about to be on a bye week. But with O.J. Howard injured and Jameis Winston back under center, Brate’s stock is on the rise. Last season, Brate was a favorite target of Winston. He is definitely someone to monitor.