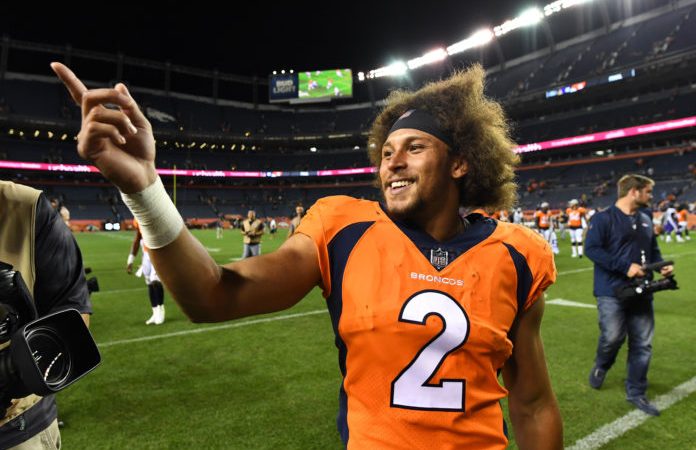 Week one is behind us a lot of fantasy football teams are running into problems at running back.  Some of you believed Leonard Fournette would be able to make it through a football game healthy.  And you were wrong.  Some of you believed there was no way that Alvin Kamara could continue to put up absurd fantasy numbers.  And you were wrong.  Some of you thought fantasy football would never hurt you again.  And oh boy were you wrong. Lucky for you, there are week two waiver wire running back options available to save you from yourself.  So let us examine what our best waiver wire running back options for week two are.

Austin Ekeler – Owned in 17% of leagues – Austin Ekeler popped up on the week one fantasy radar by producing over 100 total yards from scrimmage and 1 touchdown.  For those dying of thirst in a barren wasteland of running back, those numbers might seem like the salvation that you were looking for.  But Austin Ekeler is a mirage.  He had a solid game against a Kansas City Chiefs defense that is expected to be pitiful all year.  Moreover, Melvin Gordon saw 76% of the snaps for the Chargers at running back, compared to Austin Ekeler’s 27% (it adds up to over 100% because there were a few plays with both on the field).  For running backs, opportunities matter when it comes to production.  Unless we see more of a split in carries between Gordon and Ekeler, I suspect that Ekeler will be an unreliable week two waiver wire running back option.

Phillip Lindsay – Owned in 4% of leagues – All throughout the preseason, the running back on everyone’s lips in Denver was Royce Freeman.  Now that week one has passed, the name I want to talk about is Phillip Lindsay.  Lindsay had over 100 yards from scrimmage and 1 touchdown just like Ekeler.  Unlike Ekeler, Lindsay appeared to be a major part of Denver’s offensive game plan.  Lindsay was on the field almost as much as Freeman, logging 35% of the snaps compared to Freeman’s 39%.  Moreover, his production was equal to that of Freeman’s.  Denver looks like they are going to be running the football by committee, and Lindsay looks to be right in the mix for that committee.  Phillip Lindsay should be your top week two waiver wire running back priority of the week.

T.J. Yeldon – Owned in 15% of leagues – You cannot talk about T.J. Yeldon without talking about Leonard Fournette. Fournette is the man in Jacksonville, right up until the point where he can’t play.  One week into the season, Fournette has already missed time.  This should not come as a surprise as he missed three games in 2017 and has had health issues since college.  The word is that the Fournette injury is minor and he should be good to go in week two, which impacts T.J. Yeldon’s value.  Until I know more about the status of Fournette, I am hesitant to burn a week two waiver wire running back pick on T.J. Yeldon.

James White — Owned in 49% of leagues

Nyheim Hines — Owned in 5% of leagues

Jordan Wilkins — Owned in 36% of leagues