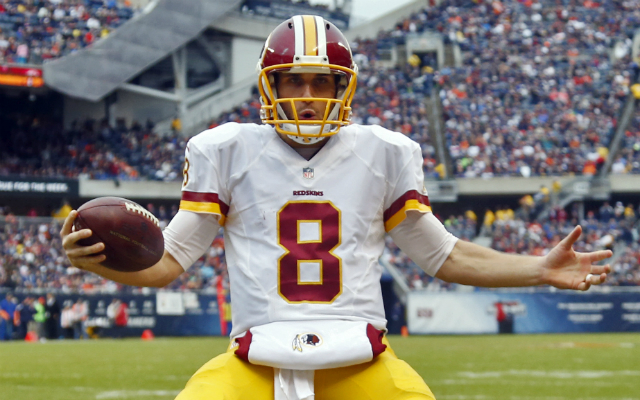 If you want your quarterbacks competitive, then you will definitely like this fantasy football Kirk Cousins player profile. As we gear up to the start of the NFL season, Football Absurdity is going to bring you a comprehensive breakdown of every notable player that will be available in fantasy football drafts.  When you don’t see us talking about Christine Michael or Mike Davis, don’t get mad at us for neglecting your favorite sleeper.  Get mad at yourself for having bad taste in football players.

Fantasy Football Kirk Cousins Overview: Over his short career, Kirk Cousins has made a habit of repeatedly betting on himself and walking away with millions of dollars.  The narrative on him is that he can put up stats, but he can’t win games.  However, in the three years since he has been the starter, he hasn’t had a running game and defense ranked higher than 20th in the league, outside of one season.  What he has managed to do is put up a lot of points.

Fantasy Football Kirk Cousins Strategy: Even at 8, I feel like his ADP is too low.  He has consistently been a QB1 since he has started at quarterback.  And now, he is getting a major upgrade in his supporting cast, with arguably the best wide receiving duo in the NFL.

Ceiling: I firmly believe that Kirk Cousins is capable of ending the year as the number one fantasy quarterback.  At the very least, he should end the year as a top five guy.

Floor:  What will actually happen is the great defense he is being paired with will limit his scoring opportunities because he won’t need to throw the ball as much playing with a lead.  He will end the year as a mid-range QB2, and you will not like that.  Not at all.