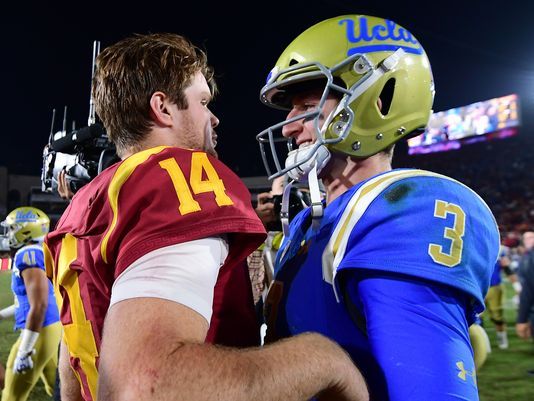 It has been a week since the NFL draft wrapped up.  Now, we wait.  We wait desperately for any news about football, like a man dying of thirst in the desert.  Yearning to drink up any tidbit of NFL gossip you can find.  That is, unless you are in a dynasty fantasy football league.  Because now the waiting is over and the time for dynasty rookie rankings has begun!

This is version 1.0 of my overall dynasty rankings.  Until rookie mini-camps begin, it is hard to get a feel for how to properly evaluate some of these prospects.  We don’t know how they will look against NFL competition.  And training camp is where you will truly get a feel for who the best talent is.  Right now, my overall dynasty rookie rankings are based mainly on draft position.  Future versions of this list will take other factors into account.  I am in the process of developing a metric to calculate multiple variables and give me more excuses to put numbers into a spreadsheet and make my computer go beep-boop.

Truth be told, even though this is a straight list, it doesn’t tell the whole story.  I tend to rank my players into tier groups, with multiple players in each tier.  For example, even though Sony Michel is ranked second on my board, there is a considerable gap between him and Saquon Barkley.  However, I also think the difference in value between Michel and Rashaad Penny is negligible. But I wanted to provide you with a baseline to start delving into dynasty rookie rankings.  Over the next few days, I will be breaking down each position to provide a more detailed explanation of why and how these players have been ranked.  So without further ado, my current rookie rankings.