To say the Tampa Bay Buccaneers had a disappointing season is putting it exceptionally mildly. They were dark horse playoff contenders in the 2017 preseason, but ultimately fell on their collective faces en route to a 5-11 record. Granted, Jameis Winston succumbing to the Fitzpatrick Curse didn’t help (though they went 3-10 in games that Winston played). Still, they are looking for a mulligan in 2018, and losing down-roster guys to a disaster draft certainly won’t help. Who do the Buccos hang onto, and who might end up with their Spanish language equivalent, the Conquistadors?

Gerald McCoy, Robert Ayers, Kwon Alexander and Lavonte David are the absolute heart and soul of the Bucs defense, with David and McCoy being legitimately elite players at their position. Speaking of elite, the Bucs just tossed Evans a massive contract (though full details still aren’t out).  Jameis gets to stay, alongside his second and third weapons in D-Jax and sophomore O.J. Howard. Demar Dotson is their best offensive lineman, weirdly enough.

If the no doubters are the heart and soul of the defense, then Gholston, Hargreaves, Grimes and Evans are the uh, gall bladder and spleen? I don’t know, I’m not a doctor. They’re important and could be removed but ideally you shouldn’t do that to them. Cam Brate and Grimes were day one re-signings for the Buccos in free agency, with Brate getting $41 million over more than half a decade and Grimes getting $10 million for like ten months of service. Ali Marpet is an extremely good ofefensive lineman, and Chris Godwin is all kinds of underrated (except in fantasy football circles). 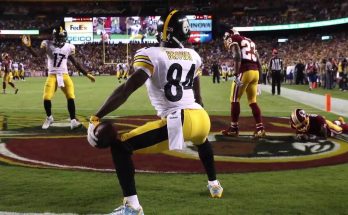