This is it.  The big one.  This is why we play the game.  And by we, I mean not me.  Truth be told, I can’t remember being more indifferent to a Super Bowl.  On the one hand, we have the New England Patriots.  The Evil Empire.  And we have them in their third Super Bowl in four years.  Frankly, I am sick of watching them on my Super Bowl’s.  All of America is yearning for someone we can root for to defeat the Patriots.  Instead, we are getting the Philadelphia Eagles.

The Philadelphia Eagles have a long and storied tradition of being terrible.  Not just at winning, but in general.   They have no Super Bowl victories, but do we really want them to have one?  They are hard enough to deal with when they choke.  I can’t imagine what they’ll throw at Santa Claus if they actually win.   I just know Santa will probably end up dead and Christmas will be cancelled.

I know Eagles fans are excited at the prospect of “Big Dick Nick” leading them to their first Super Bowl victory.  However, they have forgotten about the biggest dick of all.  Bill Belichick.  When players ask to be properly compensated for their production, Belichick gets rid of them.   Belichick has no problems stealing signals from opposing teams.  And if Nick Foles gets in Belichick’s way, Big Dick Nick will be walking away with deflated balls.

It’s time for Philadelphia fans to realize that this is not a fairy tale.  It is not a battle of good vs. evil.   This is a war between a sorta moderate evil that I guess we’ld be okay with vs. really, really, really, biblically bad evil.   No matter what happens, evil wins.  And everyone else loses.  Nobody is going to lose more than the Philadelphia Eagles, because they aren’t even as good at being evil as the New England Patriots.

Generally, I don’t like to make kneejerk Super Bowl predictions the moment the matchups are known. Outside factors, like Gronk’s injury in this Super Bowl can cause the obvious to become less obvious, even though this one is obviously the Patriots’ Super Bowl to lose. Do I want them to win? I do not.

Sometimes, as a great philosopher once said, “you can’t always get what you want.” Denying that the Patriots are the overwhelming favorites and that they should win this one in a game that isn’t as close as it looks comes down to the quarterback and coach combination. Every non-Eli comer to the Patriots in the Super Bowl have fallen. Atlanta saw last season that no lead is safe with Tom Brady and Bill Belichick across the way. Doubt that they can hold onto the lead will be in the back of the Eagles’ minds all day.

Foles and company, alongside Doug Pederson, are not the strong, weathered team that will be able to stave off images of 28-3. Undoubtedly, this will play with their psyche. Carson Wentz provided a calming force for the team, and while Foles has done admirably in his stead, the team needs their leader. Knowing that Philly will have a psychological disadvantage to the greatest QB-coach duo of all time swings this one to the Patriots for me.

The Pats don’t have the better roster, that honor goes to the Eagles. However, they have the “X” factor in Brady and Belichick. Everyone else is just window dressing.

The Eagles go up 35-14 on the back of a solid running game. Yet America, the world even, knows what’s coming. The Patriots will come back, Santa Claus isn’t just a lie he’s an Angry god hell-bent on ruining life on earth, there is  no point to existence,

With 1 minute to play, the Pats score to make it 35-33. They line up for a sure-fire two point conversion, Brady fakes it to a slot-lined James White, then fires a crossing route for Hogan.

But the Eagles read the play perfectly and blow it up! The Eagles blew it up! The Eagles have won the Super Bowl! Placing all my hope of existential fulfillment on the backs of drunken Philly fans was not, as my priest called it, “a disappointing way to lose me from the flock.”

The sun rises 11 hours early, and mankind is given the first sign from God in over 2,000 years that, yes, everything will be alright. And we didn’t even have to nail anybody to a cross, although I do have some tools if Tom Brady is game.

tl:dr: Tom Brady is Jesus. Tom Brady is the sacrifice sent from God to make us all feel better. And I’ve got the biggest stones. 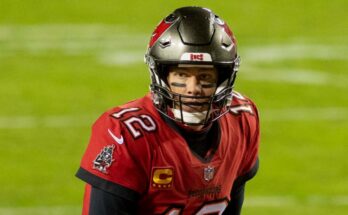 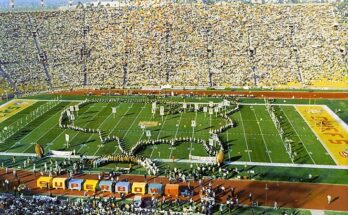 Super Bowl 2021 Predictions from Our Experts and Comedy Writers