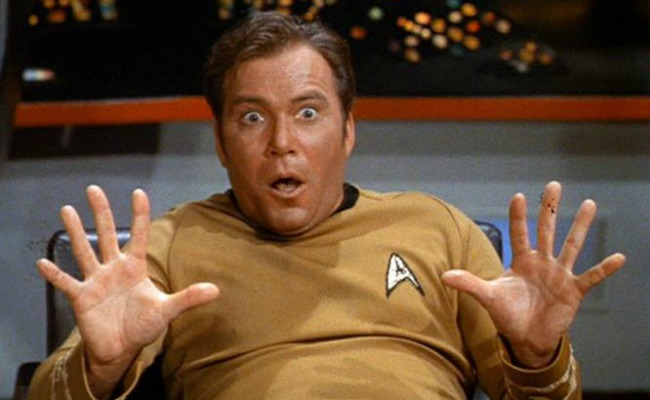 I’m not a huge fan of the Star Trek reboots, they’ve turned the franchise into essentially the same cinematic experience as any given Marvel or another generic action movie. Compare the interplanetary politics of Star Trek VI to the revenge-driven madman in Star Trek II or the light-hearted romp back in time to literally save the whales in Star Trek IV. A Star Trek movie is a different experience; there are ups and downs and a movie for every sensibility. The new movies are the same overwrought long action sequences with insane camera angles and tracking shots you’ll find in every other movie these days. That brings us to Captain James Tiberius Kirk, and by that, I mean “Captain Kirk” Cousins. Fantasy football drafters took him in their 2017 drafts hoping to get a set-and-forget QB1 with top-five potential. Can you set and forget him in week ten, or should you travel into The Undiscovered Country with a streaming QB this week?

First, let’s look at how Cousins performs against negative matchups, and against positive matchups. Cousins has eight games so far this season. For the sake of argument, let’s flatten and average both Philly matchups (he had one good game and one bad game, one at home, one on the road). The Eagles are also middle-of-the-pack (fourteenth-most fantasy points allowed), so it isn’t exactly tossing an outlier, here. This is what you come up with:

Kirk Cousins’ top three-games all came against the three most porous defenses he played on a fantasy points per game basis (San Francisco, Kansas City and Oakland, who all rank in the top-twelve). His three worst games came against the three stingiest defenses he played (Dallas, L.A. Rams and Seattle, who are all in middle-of-the-pack or better at stopping fantasy points to QBs). That’s not too surprising; Marginal Fantasy Football Quarterback Plays Poorly Against Good Teams isn’t exactly headline-grabbing news.

Here’s the rub with Cousins: against top-ten competition, he averages just 10.07 fantasy points per game, against middling competition that number is 18.71. He throws haymakers against the scrubs, though, averaging 24.7 fantasy points to the worst of the worst. This week he’ll likely again be without the services of Jordan Reed, his big mismatch target that can break defenses.

That’s going to be a problem against Minnesota this week, as they fall into the “bad matchup” category that Cousins can’t overcome, and will be tasked with overcoming without his best weapon. They’ve allowed just one 300-yard passer all year, and that was Jameis back in week three before he was eating W’s. Jameis was also the last QB to have multiple touchdowns against the Vikings defense. They also picked him off three times in the effort. Roll all this up with Washington’s injury woes and the fact that the Vikings have twelve sacks in their last three games, and it’s going to be a long day for Captain Kirk. Try anything other than Cousins this week, and see if you can get out of this Kobayashi Maru situation.