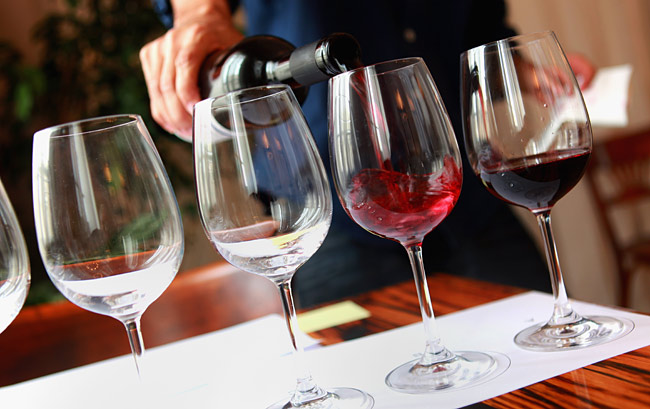 The key to finding wine that you enjoy isn’t just blindly going after the price tag. You want to try the different varietals to narrow down what grapes make the wine you like, and you also want to find the regions that appeal to your tastes. For example, despite them being some of the best wines in the world, I don’t particularly care for Napa and Sonoma wines. Some of my favorite wines come from a much lesser known region, Calaveras County (in California). Finding tight ends is the same way.

Don’t chase the big price tags with Gronk, Jordan Reed or Travis Kelce. You want to find a grape you like from a region that produces that grape in an exceptionally great manner, and all of that changes from person to person. Picking a wine you want is a lot like picking a sleeper tight end. Find a talent (grape) that you like from a team (region) that accentuates the grape and that changes based on taste (matchup).

Yeah, that all hangs together. Here are your week nine tight end sleepers. All three of these guys are available in at least 50% of Yahoo! leagues, probably because they’re all backups. Just like finding the wine you want, it’s not always about the big names, it’s about finding them in their sweet spots.

Vernon Davis at Seattle (47% owned)
Davis has a barely-positive matchup this week against the Seahawks, but Bobby Wagner and Kam Chancellor are banged up, and Earl Thomas is already out for the game this weekend. Jordan Reed, Jamison Crowder and Terrelle Pryor are also damaged goods. Reed will miss the game (with Pryor and Crowder on track to do the same). That doesn’t leave a whole lot left to take advantage of the injured Seahawks secondary except Davis. Here’s an insane stat for you: Vernon Davis has more fantasy points than Jordan Reed this season.

Tyler Kroft at Jacksonville (39% owned)
The Jacksonville Jaguars have just one weakness through the air: tight ends. They’ve stifled every wide receiver to play against them, but their schemes and talents find them lacking against TEs. They haven’t played any real top-flight tight end this year, yet they rank #11 in fantasy points against. Kroft has assimilated to the Tyler Eifert “just scores touchdowns” role, so he’s worth firing up for the touchdown upside there.

Jonnu Smith versus Baltimore (1% owned)
Delanie Walker is unlikely to play against Baltimore this weekend, as he still hasn’t practiced this week. Jonnu Smith is highly athletic and the clear heir apparent to Delanie Walker’s role. The Ravens have given up the eighth-most fantasy points to the tight ends this year, including six touchdowns.