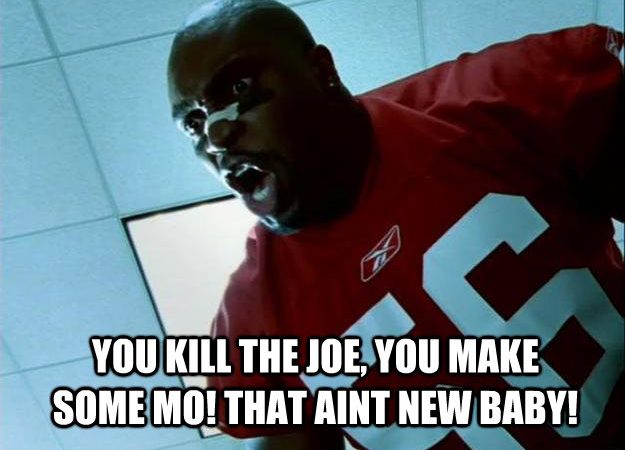 Let’s face it, we all have coworkers we don’t like. It’s inevitable that you’ll push up against another personality you don’t want in your life while spending a large chunk of your life around people that would otherwise be strangers. It’s not an indictment on you or the other person, it’s a simple fact of the matter. Sometimes situations at a job get crowded and tempers flare. Well, in fantasy football, crowded situations make you want to pull your hair out and scream. While they won’t accuse you of having a case of the Mondays, or refuse to refill the coffee pot even though you told Sandra twelve times how to do it, there’s never any of the medium roast left. I mean at this point she might as well just take the whole pot to her desk I mean I swear.

Anyway, sorry. Here are some crowded backfields that have ownership below 50% from which you can extract some value.

DALLAS – Darren McFadden (50% owned) & Rod Smith (4% owned)
Jerry Jones said Alfred Morris is the starter, and the Cowboys have kept McFadden on ice all season, and Smith hasn’t gotten a ton of run so far this year. Still, McFadden being inactive, in my opinion, was due to the Cowboys recognizing there was a huge chance they would be without Zeke for a chunk of this year. They didn’t want McFadden to clog up a roster spot because he offered them a poor man’s Ezekiel Elliott. He was their fire extinguisher behind glass. Smith looked really good when he got run late against the 49ers, and is a deep-league consideration only.

MIAMI – Kenyon Drake (45% owned) & Damien Williams (27% owned)
With Ajayi’s departure, the Dolphins already announced that Drake would be the starter. It’s baffling that a starter in the running back-needy 2017 fantasy football landscape that Drake would be available in more leagues than he isn’t. Williams is set to split time with Drake, and has been the pass catcher this year. He’s a speculative add, especially in PPR leagues. For what it’s worth, Williams has had more targets and carries so far than Drake, coachspeak aside.

SEATTLE – C.J. Prosise (7% owned)
Seattle’s running back situation is an absolute mess. Players who weren’t Russell Wilson last week combined for seventeen carries for three yards. Let me reiterate and repeat myself so you know that wasn’t a typo. J.D. McKissic, Eddie Lacy, Thomas Rawls and Tyler Lockett combined to carry the ball seventeen times. The cumulative effort of their seventeen carries was 108 inches. Prosise has been hurt and isn’t set to play the traditional back role upon his return. The Seahawks need something running the ball, and Prosise is a good speculative add, especially with LT Duane Brown in tow. LT’s don’t usually factor hugely in the running game, but Prosise will be a pass-catching back, and that extra split second Brown will buy Wilson will get everyone extra production, especially his release valve running back.