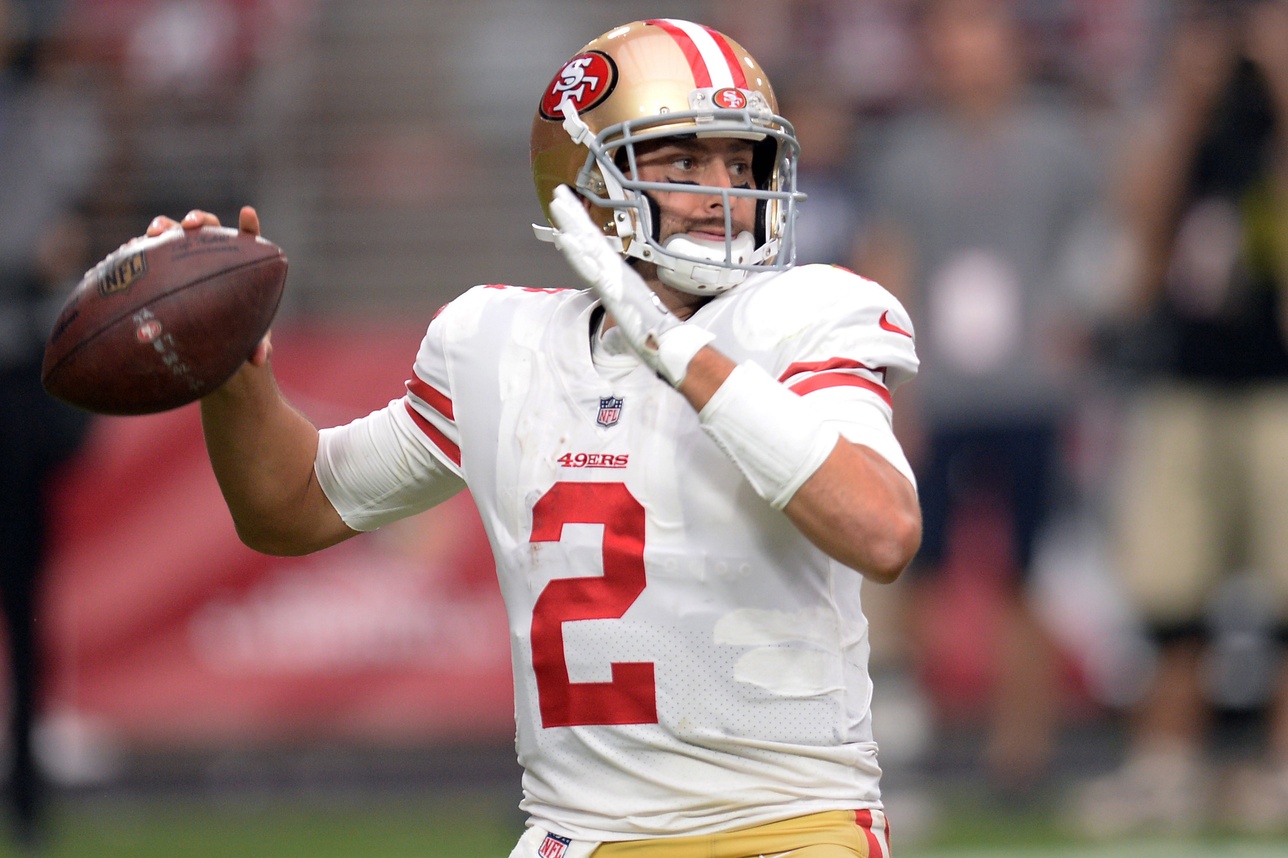 If you are a fantasy football quarterback streamer, the stars aligned week four. Owners are scrambling with three no-doubt starting quarterbacks on Bye (Drew Brees, Matt Ryan and Kirk Cousins). Luckily for them, there are four quarterbacks available in 75% or more of Yahoo! leagues that have top-ten matchups this week. Generally, this article explores two players available in 50% or more of leagues and on in 90% or more. This week, we explore all four players available in three-quarters of Yahoo! leagues (and two are available 90% or more). Unfortunately, as fate would have it, we kick this off with two quarterbacks I promised myself I would never recommend ever again.

Jay Cutler (24% owned) versus Tennessee (#3 versus quarterbacks)
The Dolphins offense has been putrid this year, there’s no way around that. They’ve been functionally shut out for two straight games but now they take on the Titans. They’re meeting Tennessee after two of the worst performances you’ll ever see; over the last two games, they’ve yielded 706 total yards and nine total touchdowns to quarterbacks. They only picked off Russell Wilson and Deshaun Watson once, too. They’re dreadful against the quarterback, and the Dolphins finally play their first home game. Maybe home cooking will fix him. Maybe he won’t care.

Joe Flacco (17% owned) at Oakland (#4 versus quarterbacks)
Is Joe Flacco an elite a NFL-caliber QB? The Baltimore signal caller has four touchdowns and six interceptions on the year as he heads what might be the NFL’s worst offense. Everyone slept through the London shellacking where he had negative 0.88 fantasy points. He’s a tough quarterback to recommend, especially given his matchup isn’t nearly as good as Cutler’s. The Raiders this week will likely be slowing the game down to keep E.J. Manuel from blowing it for them, which will limit Flacco’s opportunities. Still, they gave up three touchdowns to Kirk Cousins and two to Josh McCown. Stranger things have happened.

Brian Hoyer (8% owned) at Indianapolis  (#8 versus quarterbacks)
I recently discussed Brian Hoyer and his fantasy football prospects. My argument boiled down to five words: Brian Hoyer is not good. While that is still factually accurate (27.18 fantasy points week three, 15.84 fantasy points in weeks one, two and four combined), his matchup this week is great. The Colts have been knocked around over the last couple of weeks by Russell Wilson and DeShone Kizer, who have combined to go for over 600 total yards and six touchdowns over the last two games.

Josh McCown (3% owned) at Cleveland (#7 versus quarterbacks)
The upstart Jets, who are friskier than we thought they would be, head to the Mistake by the Lake to take on the “same as they ever were” Cleveland Browns. The Browns yield the fourth-most quarterback points on the season, and Andy Dalton torched them for 286 yards and four scores last week. Myles Garrett (ankle) might finally play a snap, which will help, but I’ll believe it when I see it. McCown is the same Josh McCown he’s always been. Low floor, low ceiling. He’s safe for somewhere between fifteen and seventeen fantasy points this week. He didn’t do much last week, but he didn’t have to; rumor has it Elijah McGuire and Bilal Powell are running in touchdowns against the Jags right now.