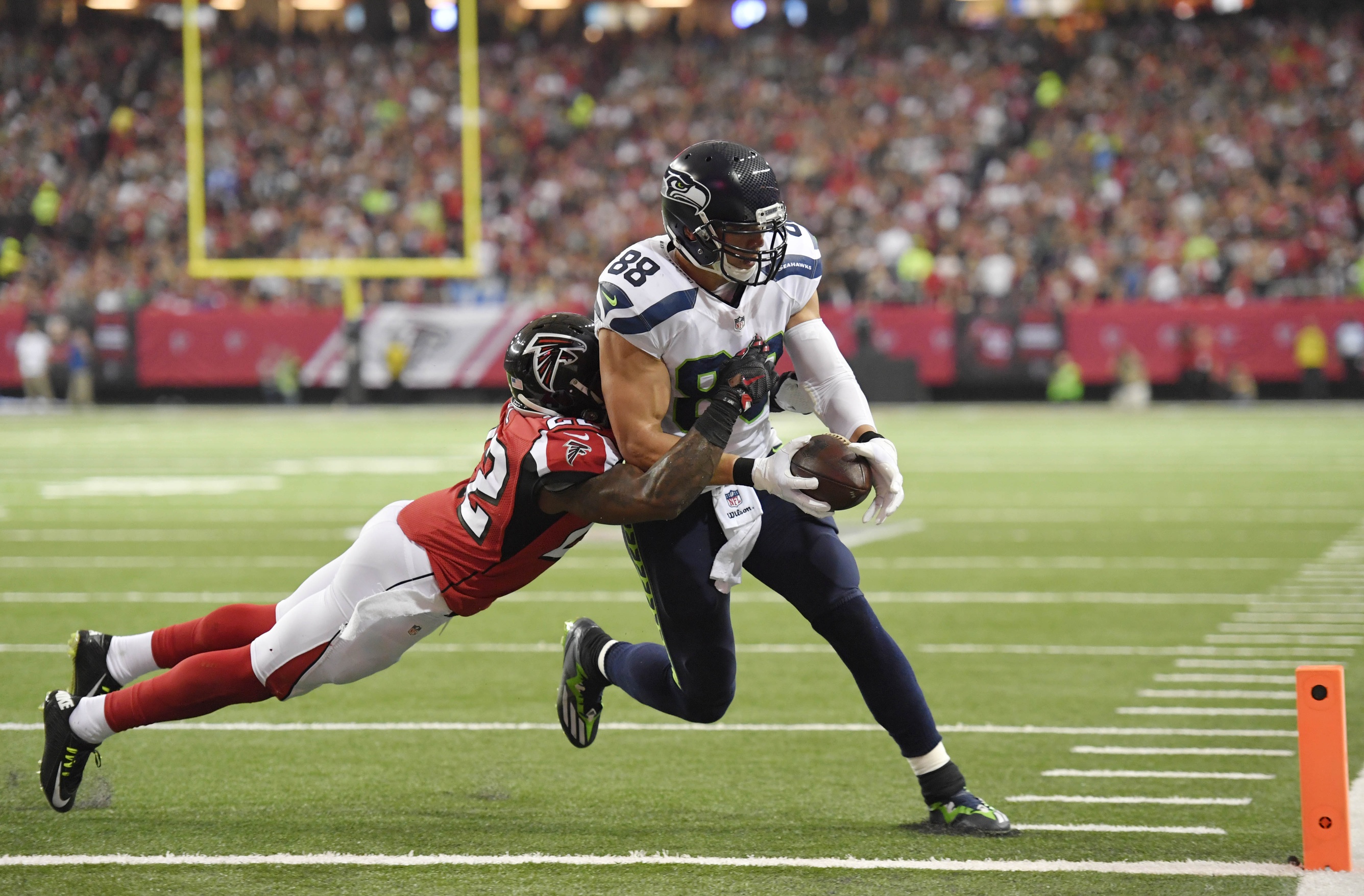 Well, there’s the easy answer for fantasy football owners if Jimmy Graham, who is a game-time decision, is a no-go. You sit him. Anyway, thanks for reading. I hope you enjoy the rest of our great content!Fantasy Football: Start or Sit Jimmy Graham Week Three?

Oh, what if he’s active? Well that’s a different story. Jimmy Graham is one of the most talented tight ends in the NFL, when healthy. He went down with a patellar tendon injury in 2015, and came back no worse for wear. Last year he finished as the #4 overall tight end, finishing the season with 923 yards and six touchdowns. This year has been a different story.

This year Graham has ten targets through two games, which is fewer on the season than three tight ends (Zach Ertz, Travis Kelce & Jason Witten) and in individual games this year. He isn’t getting the volume, and a lot of that has to do with the Seahawks’ current situation with the rest of their offense. The collapse of the offensive line is dragging the offense down with them. For fantasy football purposes, the Seattle offensive line leaves their pass catchers and running backs (outside of Chris Carson) in the muck and the mire.

Eight targets, nine yards tells you all you need to know about the current Graham situation. It’s not great. Unfortunately, this situation isn’t anything new with Graham. His touchdowns kept him buoyed in the last half of 2016, but he didn’t top seventy yards once and had fewer than fifty in five-of-eight games. He hasn’t been great for a while, and given the Seahawks’ penchant for hiding injuries, his surgically repaired knee might not be holding up as well as we thought.

This is all before you factor in his opponent this week. The Seahawks host the Tennessee Titans, who have yielded the fifth-fewest fantasy football points per game to tight ends this year. While shutting down a vaunted tight end like Marcedes Lewis isn’t exactly an achievement, the Titans held Jared Cook to just 5.6 fantasy points. If the Titans allowed that figure weekly, they would still be the twentieth-ranked tight end defense.

Even if Jimmy Graham is healthy, which is a big if, I would stay clear this week. The Seattle offense is a mess, and Graham hasn’t been great outside of scoring touchdowns lately. Graham has a questionable injury situation in a rough offense. There isn’t going to be enough going against a stout Titans defense to make him start-worthy.