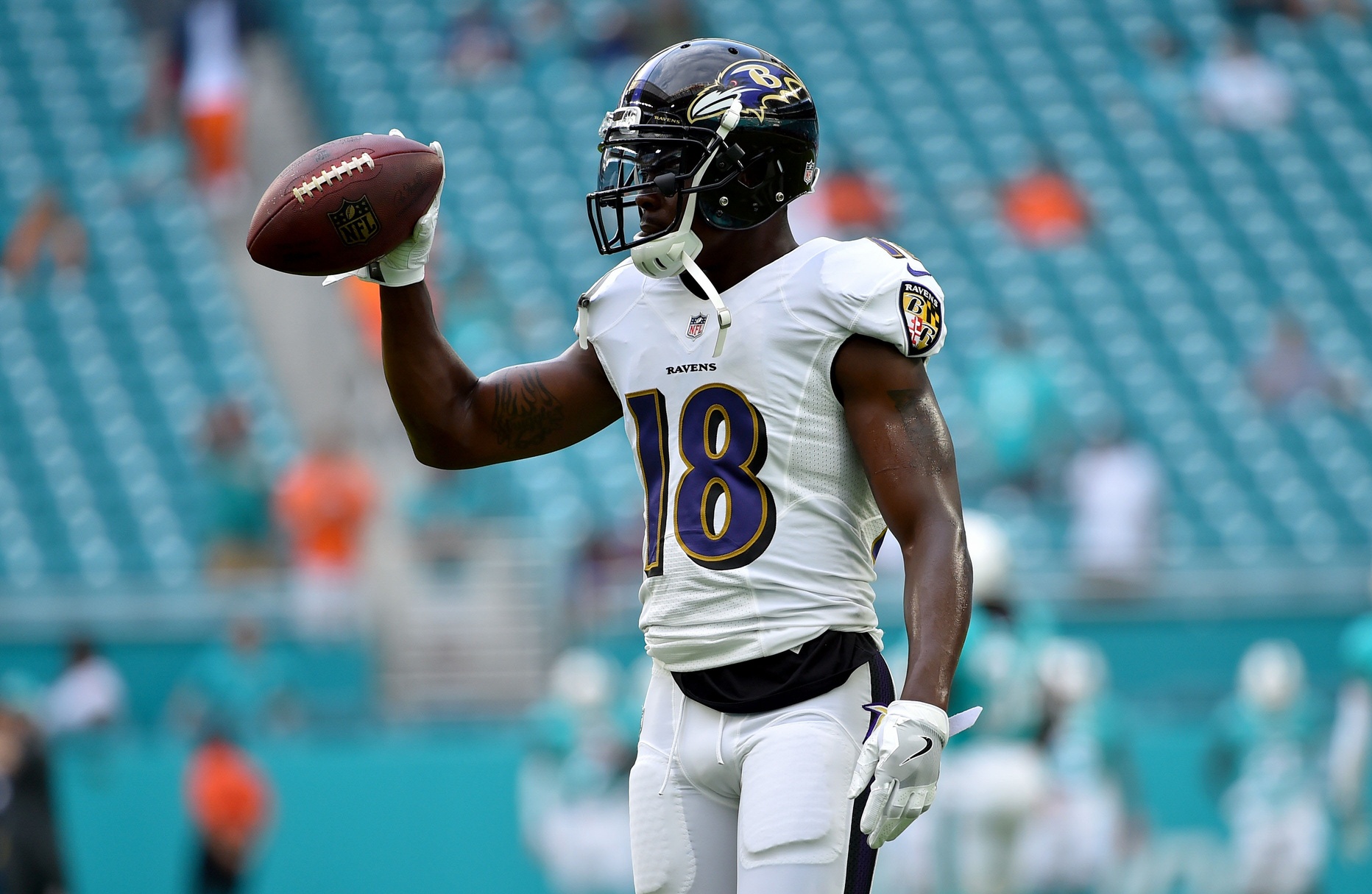 Before last season, Jeremy Maclin was one of the most solid and consistent fantasy football wide receiver options out there. He missed all of 2013, but between 2010 and 2015, he had the following PPR finishes: 14, 31, 22, 9, 15. He was a set-and-forget WR in three wide receiver leagues, but the bottom fell out last year. Some blamed Maclin hitting a wall at 28, some blamed Captain Checkdown, Alex Smith. This June, after he signed with Baltimore, Maclin revealed he had a torn groin last season which is why he failed to meet expectations. Now a Raven, Maclin and the Ravens travel to Cincinnati to take on Andy Dalton and the Bengals. Is this a fantasy matchup you should exploit?

Despite the groin injury and a minor hand injury behind him, health is still a concern for Maclin’s fantasy football viability this Sunday. However, it’s the health of Elite QB Joe Flacco that concerns me going into this matchup with the Bengals. Flacco has a tendency to build up a very strong rapport with one-or-two pass catchers at a time, and he targets them incessantly to the detriment of other options on his team. Last year it was Pitta, but it has been Anthony Mason, Steve Smith and Anquan Boldin in the past. With Joe Flacco just now returning from his injury, which means that Maclin has not yet been able to build up that rapport with Flacco, meaning he will likely turn to guys like Breshad Perriman and Mike Wallace before he looks Maclin’s way. In a game where he is unlikely to get high volume, Maclin is not the type of guy I would start to try to get a touchdown.

There’s also the matter of the competition. Last season only one team was stingier to wide receivers than the Bengals, and they’ve only gotten better. They did an astounding job at limiting opposing wide receivers down the stretch. Between weeks eleven and seventeen, only Eli Rodgers scored more than eight fantasy points against them, including playing these Ravens twice, the Steelers with Antonio Brown and the Texans with DeAndre Hopkins. It gets worse: after week three last season, only one wide receiver—Jamison Crowder—totaled even 100 yards against them.

While I still believe Jeremy Maclin is a viable fantasy football commodity this season, all the forces in the world (seemingly) are working against him being useful in week one. Luckily those who drafted Maclin did so as a backup, meaning they can safely keep him on the bench this week. Once Flacco gets back into a rhythm and they’re not facing a top-two fantasy pass defense, there is more to love with Maclin. For now, however, stay far, far away.