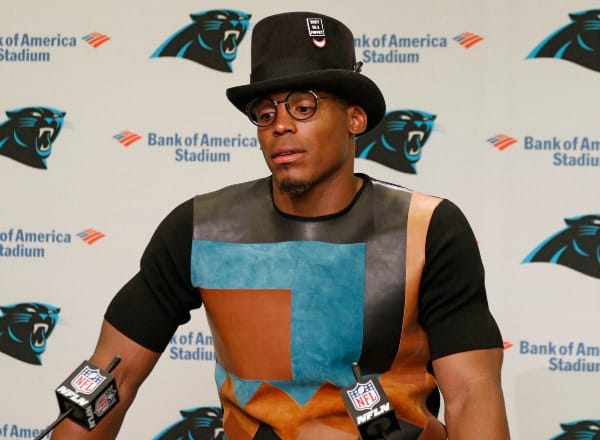 Who are the 2017 Panthers? Will Christian McCaffery dominate? Will Cam rebound? Will Kelvin Benjamin step away from the buffet long enough to catch a pass? Is Jonathon Stewart going to stay healthy all year again? The Panthers have been in a tailspin ever since Peyton Manning styled on them in Santa Clara in 2016. Below we spotlight three fantasy football options for 2017.

Sleeper – Devin Funchess, Wide Receiver
Funchess is set to benefit most with the departures of Ted Ginn, Jr. and Corey Brown. While Funchess isn’t going to be running blazing fast nine routes like Ginn, he should be getting a higher target share than the 54 career receptions he’s seen over two seasons. Funchess has become Cam Newton’s preferred red zone specialist. He was second on the team to Kelvin Benjamin with thirteen red zone targets to Benjamin’s fifteen. While Benjamin has more targets, a higher volume (22.4%) of Funchess’ targets were in the red zone than Benjamin (12.7%). Coaches at Panthers’ camp are also saying all the right thing about Funchess to show he may have grown as a receiver. He’s a no-risk pick if you want to gamble on him, going as the #84 wide receiver in drafts.

Bounce Back – Kelvin Benjamin, Wide Receiver
“Fat Kelvin Benjamin” reports replaced “Fat Eddie Lacy” reports this OTA season, but he worked that out through the process. It remains to be seen what he will look like when training camp opens, but if he’s worked on his weight issues, he’s one of the better value picks in fantasy football. Benjamin had an electric rookie 2014, missed all of 2015 with an ACL injury, and had a better 2016 campaign than you remember. Cam Newton’s favorite massive target has spent two seasons pulling down a touchdown every other game and struggled last season recovering from his ACL injury. Kelvin Benjamin finished as WR19 and 26 over the last two seasons, and he spent the second year working back from injury. He’s currently the #32 wide receiver off the board but is a shoo-in for top-25 production.

Bust – Christian McCaffrey, Running Back
There’s a lot to like about Christian McCaffrey, the football player, but there’s a lot to dislike about Christian McCaffrey, the 2017 fantasy football prospect. The Panthers reportedly committed to adjusting their offensive strategy to shorter dump off passes to backs to keep Cam Newton from getting unnecessarily hit. Then it stands to reason that McCaffrey, a dynamic Swiss Army knife of a running back, should be a great fantasy value. He won’t. While Mike Tolbert won’t steal goal line touchdowns, Jonathon Stewart is still there to take the short yardage opportunities from McCaffrey, which limits his target upside. Cam Newton is also one of the best goal-to-go runners in the NFL, again stealing opportunities from McCaffrey. Due to his eligibility requirements, McCaffrey also could not join the Panthers until June, and didn’t take a single pass from Cam Newton until mid-July. There’s a lot in the way of McCaffrey’s upside, but he’s going as the #14 running back off the board. The talent is great, but the situation makes him a hard pass for me since there’s a strong possibility he’s being drafted at his ceiling.