Well, this one is pretty straightforward. We weren’t entirely certain if we would ever see Aaron Rodgers in an NFL uniform again, let alone a Green Bay one. He and Davante Adams returned to the pack for one “Last Dance.” It might also stand to reason that the Packers might pull out all the stops to keep Rodgers around, finally giving him roster control.

After all, this is the alternative:

Big mistake by Jordan Love. Stumbles and just throws one up. Micah Hyde with the INT. #Bills pic.twitter.com/1UJW7bbXN8

For my money, they’re both worth a stash. Justin Fields likely starts week three (if the Rams don’t kill Andy Dalton in week one) after Dalton gets a revenge game in against the Bengals. Fields is a great dual-threat quarterback who reminds me a lot of Dak Prescott, including some poise. He makes some mistakes, but he should be good sooner rather than later.

As for Lance, he still has a ways to go in the mental acuity department. He also needs to learn to slow down his ball. Lance led all quarterbacks in dropped passes this preseason, mostly because he’s firing rockets at his receivers. He needs to clean that up before he catches Kaepernick Syndrome. But, he has the same raw, uncut talent we saw in Josh Allen in recent memory. The 49ers also might use him as a hypercharged Taysom Hill while they quietly wait for Jimmy Garoppolo to injure himself again.

Speaking of Taysom Hill, Jameis Winston won the quarterback job in New Orleans going away. While Jameis led all quarterbacks in passer rating this preseason while going 16/22 for 219 yards and three touchdowns (one interception). Taysom Hill, on the other hand, finished with the same number of yards on ten more passes. He also threw just one touchdown to one interception. Hill is better suited as a gadget guy anyway, and we can see if Jameis Winston still has 30 touchdown upside this year.

Just call Carson Wentz Elijah Price at this point. The man simply cannot stay healthy this offseason, and it’s making the odds of him pulling off a draftworthy 2021 fantasy football season get slimmer and slimmer. First, he made a miraculous recovery from a foot injury that was supposed to cost him up to 12 weeks. Then, he went on COVID-19 IR as a close contact. Toss the T.Y. Hilton neck injury on top of all of that, and it paints an extremely bleak picture. But all the pictures are bleak down here.

Daniel Jones is just… not good at football. I give up.

Daniel Jones... WTF are you doing?

Throw this ball away every time if nobody is open. Really discouraging right there. pic.twitter.com/sQccsdIdCe

But, it’s looking increasingly likely that Deshaun Watson won’t suit up for the 2021 NFL season, at least not in any meaningful sense. After reports surfaced that the Texans rejected at least one offer for Watson, and have no plans to sell him “for 70 cents on the dollar,” rumors swirled that the Texans plan on just keeping Watson inactive every week. Well, that dollar is going nowhere fast. So I hope you have some sort of contingency plan for when you don’t even get those 70 cents, Houston.

It’s looking like all Deshaun Watson selections in drafts will ultimately end up as wasted picks.

The New England Patriots cut Cam Newton on cut-down day, August 31. But the rest of the article was already written. 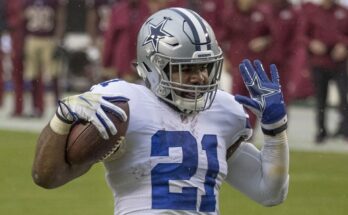 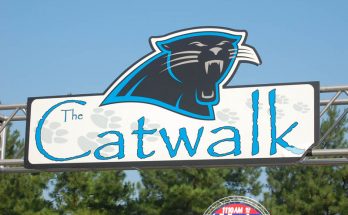