One of the biggest problems with fantasy football is dealing with the headaches of attrition. You get a guy rolling, he’s contributing to your fantasy teams then BAM he disappears for the year.

Michael Thomas. James Robinson. Dak Prescott. Now, Clyde Edwards-Helaire. For one reason or another, there are guys who have some sort of headache associated with them. Just go ahead and excise those headaches from your life.

We already have enough trouble with finding out about injuries and suspensions and this, that, and the other. Why start your year with one of these guys already on your squad? You’re going to accumulate headaches throughout the year, why start your season hitting yourself in the head with a hammer? Speaking of escaping a headache…

Do Get an Early Running Back

ZeroRB is all the rage this season. But try it, go ahead, I dare you. I promise you won’t feel happy about your team. The theory around ZeroRB is that you take advantage of the fragility around the running back position to soak up value as entropy occurs. Unfortunately, this sort of leaves you in a hole at two roster spots until things settle down. If you want to do this, that’s fine! I find myself doing things like that a lot, depending on how the draft breaks down.

But I try to leave the first couple of rounds with at least one running back. This leaves me with the ability to play the ZeroRB breakout game to fill the second slot, but without giving away weeks. ZeroRB acolytes like to point to James Robinson last year as a reason to do ZeroRB. But here’s the thing:

I had Alvin Kamara in the same league as James Robinson. Early RB drafters can also get late RBs. It’s completely legal. Get at least one elite RB early and save yourself the headache of trying to figure out two roster spots to fill with J.D. McKissic, Gus Edwards, and Jamaal Williams. Speaking of McKissic, Edwards, and Williams…

Do Load Up on Running Backs

Whenever someone comes into our discord and asks if they have enough running backs, my stock answer is that the correct number of running backs is always one more than you have. It’s the most fragile position in fantasy football (this side of Starting Pitcher), which makes it the basis for the ZeroRB Theory of drafting. For me, it’s lots of pass-catching running backs this year. Every year, they get completely disrespected (like I did above) and every year they just produce.

But, get lots of running backs! Get pass catchers, get rookies, get upside plays. Just get more running backs. You want to get about 4-5 on your roster, depending on your roster size. This gives you a good mix of players. You want to get guys you can spot start (like pass catchers), some upside guys (Jamaal Williams), and maybe a pure handcuff if you have space (Latavius Murray, for example).

Remember, you never have enough just enough for right now. But don’t fill your whole bench with these guys because you need some upside receivers…

Do Get Multiple Upside Wide Receivers

Darnell Mooney. Gabriel Davis. Mike Williams. Marvin Jones. Brandin Cooks. These are all players going outside the top-30 wide receivers by average draft price and they all have top-25 upside. They’re also players I get multiples of onto my rosters. These are the guys you want on your bench, and go with the “don’t” I posted yesterday (don’t draft what you can get off the waiver wire). People get obsessed with getting solid backups at wide receiver when the simple truth of the matter is that in most leagues, you can just go scoop those guys up off the waiver wire when you need them.

You want these upside guys because they’re low-risk, high-reward propositions. But, if you get an upside wide receiver, don’t cut him if he doesn’t pop right away, which brings me to my final point…

Do Remember Why You Drafted a Player

This one is a doozy, and it will take a second to explain. Remember Cam Akers last year? Sure you do. You probably held onto him as long as you could, then you cut him. Cam Akers was the perfect “remember why you drafted him” player. You drafted Cam Akers to hang onto him all season long until the flotsam (Malcolm Brown) and jetsam (Darrell Henderson) ceded touches to the best running back in that backfield, Cam Akers.

I don’t blame you if you dropped Akers before his breakout game; through week eleven, he averaged 6.7 touches for 28.5 yards per game. But if you asked any of us in the Football Absurdity team, we told you to hang on to him. Why? Because you drafted him for a reason. If you could keep him at the end of your bench, then you ended up with four glorious games from him (108.5 yards per game weeks 12 through 15). Now, the Cam Akers example isn’t to toot our horns, but people asked if they should cut him in week three.

If you wanted to cut Cam Akers in week three, then you shouldn’t have drafted him at all. You drafted him to stash him. You made the commitment to hanging onto Akers for dear life. So, if you dropped him after less than a month, then what was the point?

This holds true for solid bench guys (if you don’t follow my point). If that’s all they are, then ditch them for an upside guy if the case presents itself. Remember the why behind your draft, and it will help your fantasy roster management all year long. 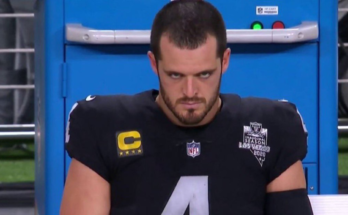 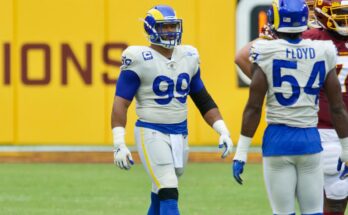 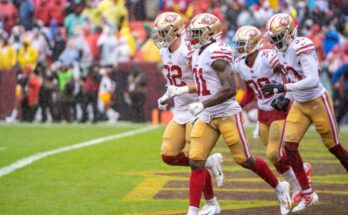