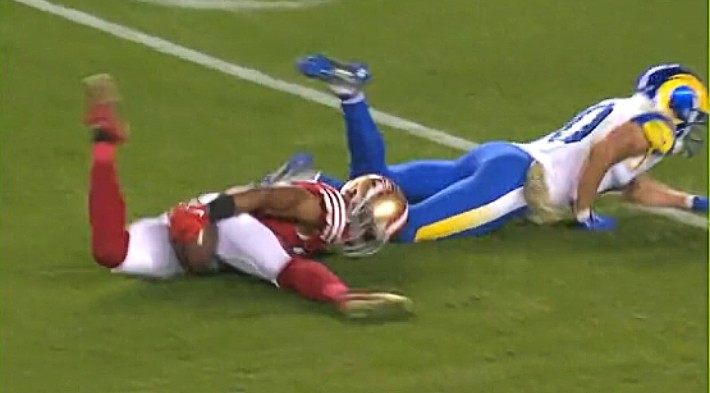 Boy oh boy, The 49ers made themselves quite the splash in Week Ten. Monday Night Football had themselves a spicy NFC West divisional game on the docket when they made the schedules. Unfortunately, as we approached the game, reality set in, and it would be the retooled Los Angeles Rams taking on the seemingly washed-up San Francisco 49ers. Fans, players, and media circled this game on the schedule at the start of the season but since San Francisco has choked away most of 2021, we expected the Rams to walk all over the Niners. Instead, for the second week in a row, Matthew Stafford reached back into his Detroit Lions bag of tricks and threw up desperation ball after desperation ball. In the end, the 49ers won this one in a laugher, 31-14 on the national stage. This makes for their fifth-straight win against the Rams as Kyle Shanahan continues his dominance over Sean McVay.

I am sorry for your loss, Los Angeles Rams, but your season is over!

The 7-3 Los Angeles Rams? Over? Yes; I promise you. I didn’t think that they were going to win the Super Bowl this year anyway. But, they threw any team chemistry Sean McVay had going by signing toxic star wide receiver Odell Beckham Jr. Los Angeles teams are the drain ring-hungry former stars circle before their once-promising careers get flushed down the pipes. Fans will say Terrell Ownes was a locker room killer, but Odell is the poor man’s Terrell Owens. At least TO could get into the playoffs… and advance. Owens played in the playoffs three times in his first four seasons, and the 49ers advanced in three-of-four instances.

Back to the game. If you’re an avid fan of this column, you’ll remember just last week I called the 49ers toast. They had not won a home game this season and had not won a home game in over a year. Their last win in Levi’s Stadium came in week eight of 2020 when they beat… the Los Angeles Rams. Well, history repeated itself and the 49ers pulled out the stops and beat the brakes off the Rams at home.

Unfortunately for the Rams, their offense rode the struggle bus all game. The 49ers held them to 13 first downs and a 30% conversion rate (3-of-10) on third down. Granted, they lost Robert Woods for the season before this one, so they had to adapt to life without their starting wide receiver. Cooper Kupp was the Rams’ saving grace once again, finishing with 122 yards while catching 11-of-13 targets for the second-straight week. Unfortunately, Kupp and Stafford received no help from their passing game, as their entire rushing output was just 52 yards. Take one second to Google “one-dimensional Super Bowl offenses.” Go ahead, I’ll still be here.

When the artisanal vegan dog vendors inside Levi’s Stadium have a more productive rushing game than your running backs, bad things will happen to your team. In this case, Matthew Stafford forced the issue into the 49ers’ defense, which led to turnovers. For the second week in a row, he turned back the clock to his Lions days, tossing up two interceptions. He almost made an ass of himself with a third pick, but the refs called it back on a penalty. Classic Matty Snapbacks.

Kyle Shanahan promised this team he would run the ball over 40 times this game. Whoa, someone is making up for squandering two Super Bowl game plans. This singularly-focused dedication to Establishing The Run led to the 49ers putting up 156 yards on the ground. The 49ers’ star wide receiver, Deebo Samuel, rushed for 36 yards, even! This output would have led the Rams in rushing, for the record. The 49ers’ dominated time of possession nearly two-to-one (49:03 to 20:57). Even newly-added Von Miller ended up as a non-factor, notching just three tackles and one highlight.

The Rams lost two in a row, and they lost the games in a decisive fashion. Green Bay is next on the docket, and their defense is as on fire as the Rams’ PR team going into the 2021 season. Things don’t bode well for them turning this around next week. More like Loss Angeles Rams, folks. 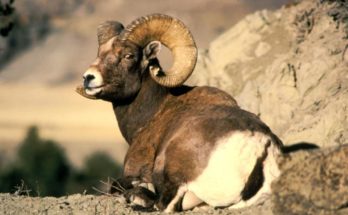 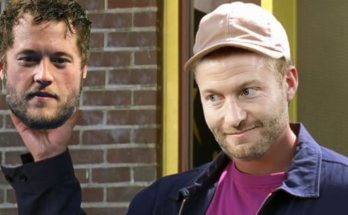