Welcome back after the byepocalypse in which I nailed my CJ Uzomah take last week (TE1 in week seven). Now that the byepocalypse is behind us, we shouldn’t be as desperate for tight ends. Unfortunately, this week is without TE3, 4, and 7 in per-game points (Mark Andrews, Dawson Knox, and Darren Waller). That means we still have ourselves a dilly of a pickle this week. Never fear, we have three sleeper tight ends this week, players in good matchups who are rostered in under 50% of leagues in Yahoo! For you deep divers, there’s one available in 98% of leagues.

If it ain’t broke, don’t fix it. That’s pretty much what I’m doing with RSJ and what Washington is up to with RSJ. Seals-Jones has 22 targets in his three starts, which he’s turned into 5 catches for 50 yards per game, kicking in one touchdown in three games. That’s all wonderful baseline production, and the Antonio Gibson struggles make it more likely they look his way in the end zone, as well.

Ride the Lightning. The Giants probably won’t have Kadarius Toney, Kenny Golladay, Sterling Shepard, and Saquon Barkley this week against the Chiefs, which means lots of Evan Engram. Engram has at least five targets in all his games this year but one, but he hasn’t done a whole lot with those targets. Luckily, he hauled in six-of-eight targets last week, giving him a nice PPR baseline. But this isn’t about Evan Engram, this is about the Chiefs.

The Chiefs are terrible against opposing tight ends, giving up the fifth-most fantasy points on the season against TEs. They’ve also given up a touchdown to a tight end in four-straight games. Three of those tight ends (Dallas Goedert, Dawson Knox, and Ricky Seals-Jones) also notched at least 55 yards against the Chiefs. It’s been a rough go this season for Evan Engram, but I think this week he finally gets into the end zone.

If you watched the last Bills game, you saw who was the direct beneficiary of Dawson Knox’s absence. Tommy Sweeney carries a 100% catch rate this season (4 targets for 4 yards, remarkable consistency) but this isn’t about what he’s done, it’s about the opportunity presented to him. The Bills have a hole in their offense that they can jam a Tommy Sweeney into, at tight end. Knox has scored touchdowns at a breakneck pace, notching five scores in his last five games. The Dolphins are fresh off letting Kyle Pitts do whatever he wanted. While I’m not saying that Sweeney is Pitts, I am saying that Miami allows the ninth-most fantasy points to tight ends on the year in half-PPR leagues. 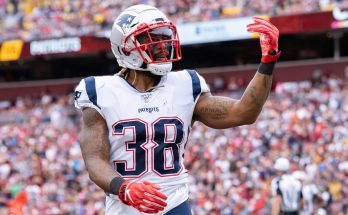