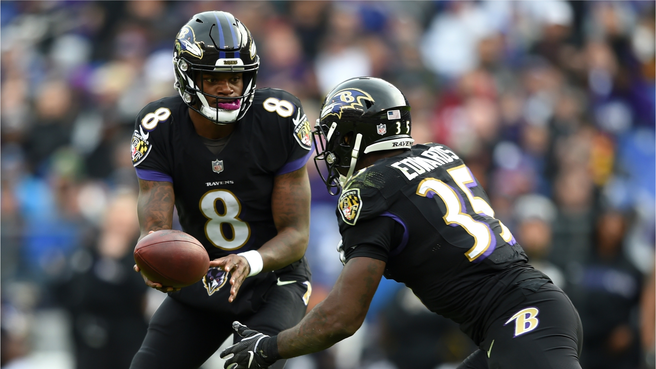 Now that we’ve finished our 2021 Player Profiles, it’s time to take a look at the top sleepers at each position. Today, we cover sleeper running backs. This is my favorite series to do every year, since hope springs eternal. In order to stave off people who say “hey that’s not a sleeper!” I have set criteria: the players have to go as “backend backups.”

Today, we continue with the 2021 sleeper running backs. Again, these are running backs ranked outside the top-36 who I believe will return weekly fantasy football value.

I love Gus Bus as a football player. He runs hard, and he runs with determination. He also runs with a lot of efficiencies, averaging over 5 yards per carry in each of the first three years of his career. Only sixteen running backs have at least 700 yards in each of the last three seasons, and Gus Edwards is one of them. He doesn’t get a lot of hype because he’s always been the second-fiddle. This year, he plays second fiddle to J.K. Dobbins after backing up Mark Ingram and Dobbins in the last two seasons. But, he’s super cheap, and all he needs is a Dobbins injury to cash in his opportunity.

Edwards had six games with over ten touches last year and turned in at least 70 yards or a touchdown in all six of those games. He’s dirt cheap and isn’t getting any sort of draft day inflation lately. There’s a universe where he and Dobbins split 26-27 carries down the middle, and he turns in weekly usability without a Dobbins injury, as well.

I really like Jamaal Williams; I liked him last year, and I like him even more this season. Interestingly enough, people want to point to a high Jamaal Williams usage as a reason to fade D’Andre Swift. Yet, they don’t find it in their hearts to actually draft Jamaal Williams at a point that would be commensurate with their feelings that he will take over for D’Andre Swift. Ultimately, Jamaal Williams is going outside the top-ten rounds in most drafts, and as a pass-catching back, he has more than enough chops to return fantasy football value in an Anthony Lynn system.

The RB2 in an Anthony Lynn system is hard to suss out, given the injuries to Austin Ekeler and the flotsam and jetsam that strolled through there last season. But, over the last three seasons, the RB2 averages just over 10 opportunities per game. That was also with numerous other viable options available, including Keenan Allen, Mike Williams, and Hunter Henry. Now, we have Jamaal Williams, who might just be the third-best weapon on the Detroit Lions’ offense.

Like Williams, Hines gets kicked down the ranks because he’s “just” a receiving back. He’s “just” a receiving back who also handled 89 rush attempts for 380 yards, while getting 63 receptions for 482 yards. His 862 yards from scrimmage last year ranked 28th last season. That’s not too astounding, but considering he was in the same ballpark as guys like Chase Edmonds, and D’Andre Swift, his RB48 ranking is a little head-scratching. He’s one of five running backs to have at least 70 rush attempts and at least 70 targets in two or more of the last three seasons. The other guys? Ezekiel Elliott, Alvin Kamara, Saquon Barkley, and Christian McCaffrey.

Seems like a pretty good territory to keep for RB48, in my opinion.