I waited as long as I could to write the intro to this, but Nevada and Arizona outlasted me. Here are some tight end sleepers for week nine. Now, if you’ll excuse me, back to frantically refreshing my news feed. To make this list, these tight end sleepers must be rostered in 50% or fewer of Yahoo! leagues, with one deep dive available in at least 90% of leagues.

I know his targets look like a Moseley Collins ad, but Logan Thomas should do well this weekend. He has at least four targets in every game this season, and he’s notched exactly that many in five-straight games. The last two games, he’s gone 3/42/1 and 4/60/1. The Giants started off the year strong against opposing tight ends, but over the last three weeks, things have fallen apart. They gave Logan Thomas 4/42/1 three games ago, Richard Rodgers 6/85 two weeks a, and Gronk 4/41/1 last week. He’s virtually guaranteed at least four targets, which is more than I can say about… Mike Gesicki. Ugh.

You can call them unsustainable trick plays, unlikely to mtaintain their value. I’ll call them “the Colts manufacturing touches for Trey Burton.” What am I referring two? His two jet sweep touchdown runs in the last two games. Burton mustered only eleven total yards last week, but the four targets, the jet sweep, and the dedication to finding him touches and opportunities all give me hope. He faces a Baltimore defense that is stout, but who has given up TE touchdowns in two-straight games, and whose LB corps may or may not end up decimated by COVID-19 this week. Either way, their LBs aren’t practicing. That bodes well for Burton.

A-OK (as Mike Valverde from the Football Absurdity Podcast calls him) had a touchdown last week. That’s pretty much all he did. It was his one catch, his one target, and all of his yards. In the two games prior, however, Okwuegbunam had 13 targets and 125 yards. That’s good! The Broncos look to make it two straight this weekend against the Falcons. I will always recommend starting a tight end against the Falcons. They stink out loud and allow the most fantasy points to the position this season. 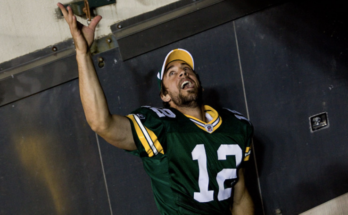