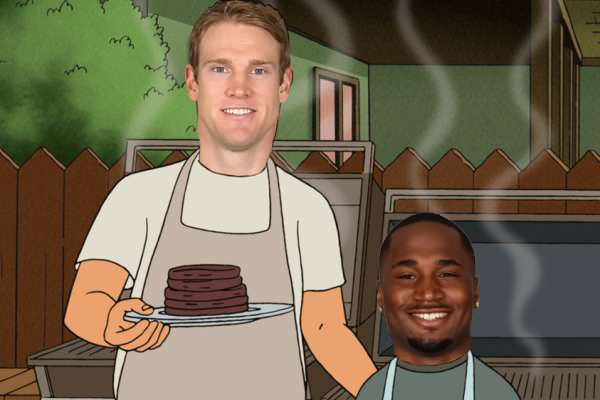 Welcome to the fantasy football playoffs! Things are always changing, so the quarterback sleepers article will always be here to help you with your quarterback streaming decisions. We help you out with three quarterback sleepers who are available in at least 50% of Yahoo! Fantasy Football leagues. I know, that guy is owned in your league. “Wow, I want to play in that league!” you say. Okay, one of these QB sleepers has sub-10% ownership. There, that should quiet you down.

As always, check and see if someone from Waleed’s Waiver Wire Cheat Sheet slipped through the cracks. If none of those guys are available, go ahead and check out the week fourteen quarterback sleepers.

Run, don’t walk to your waiver wire to see if Sam Darnold is available. He is currently available in half of fantasy football leagues, but that might quickly change. It’s understandable that Darnold actually went down by 8% in the last day, despite the good matchup. There’s no good way to put what happened on Sunday against the Jets other than pointing out that Darnold fell flat on his face in Cincy. He threw the ball 48 times but managed just 239 passing yards and no touchdowns. It was really bad and given that a lot of Darnold’s appeal comes from matchups, it’s understandable that people are itchy about starting him against a hot Miami team. I’m not itchy.

Even with his full faceplant, Darnold is still averaging 282 passing yards and two touchdowns per game over his last three contests. He also has one pick in those three games. Oh, and Miami’s hot streak does not extend to its defense. The Miami defense allowed 893 passing yards and ten QB touchdowns in their last three games. The good matchup is there, you just have to reach for it.

Okay, this is just too easy at this point. Tannehill’s hot streak is so hot, that it’s measured in Scovilles. He’s en fuego, as Dan Patrick said. He’s playing really well, as nerds would say. Ryan Tannehill has eight touchdowns in his last three games. He’s averaging 11 fantasy points on yardage alone in those contests, as well. Oh, and here’s the list of quarterbacks ranked higher than him since he took over for Marcus Mariota in week seven: Lamar Jackson, Josh Allen, Ryan Fitzpatrick. That’s it, that’s the list. His 42% ownership is absolute lunacy.

This week, Tannehill gets a Raiders defense that is quickly circling the drain. They had a high-profile breakout game against the Chargers on TNF. Outside of that, they haven’t done much to stop anyone not named Ryan Finley since their bye. They’re allowing 23.52 fantasy points to quarterbacks since that week six bye. It’s an ascendant Tennessee offense and a struggling Oakland defense. Sometimes fantasy football doesn’t have to be hard.

The sub-10% ownership club is rolling deep, but we don’t have a Ryan Fitzpatrick (16% owned) to point to as easy pop to be right. Instead, we get guys like Dwayne Haskins at Green Bay or Drew Lock at Houston. It’s not a great set of guys down here. Luckily, we get the Red Rifle back just in time. Andy made his way back from the bench and mustered… 243 yards and a touchdown last week. Okay, let’s call that a kickoff the rust game. This week, he gets a Cleveland squad that stifled …*sigh*… Duck Hodges last week but allowed multiple touchdowns to every non-Steelers QB they’ve faced since week three. He should be a good floor play since he isn’t getting benched. We can’t go back to Ryan Finley. Please don’t make us go back to Ryan Finley.