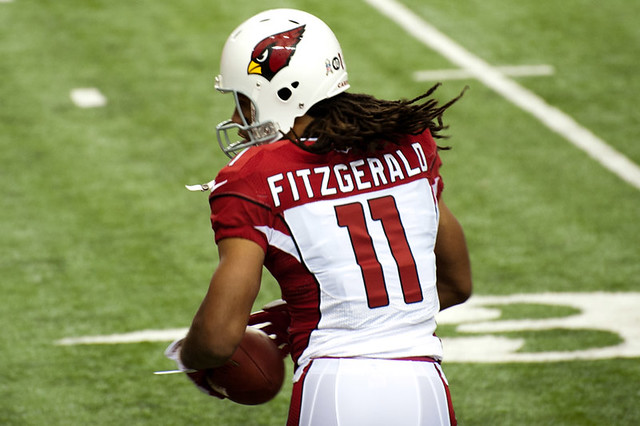 This isn’t the deepest sleeper (that would be Andy Isabella), but Kliff Kingsbury and Kyler are a match made in heaven, as Kingsbury’s fast-paced, wide open Air Raid offense meshes perfectly with Kyler Murray’s skill set. Kingsbury ran it to perfection in college with three former first-round picks: Baker Mayfield, Johnny Manziel, and Patrick Mahomes. These three quarterbacks are all slingers who love to run the ball all over the field, and with the exception of Mahomes, they are all little guys. Do you know who else is a little guy? Kyler Murray. Do you know who else loves to run the ball all over the field, and sling it as much as possible? Kyler Murray. Or at least, his 4,300+ yards, 42 touchdowns, and 1001 rushing yards and 12 rushing touchdowns in his 2018 Heisman Trophy-winning campaign say he loves to do all that stuff.

What, then, of his transition to the NFL? Well, he keeps something in his back pocket that gives him a nice floor. Okay, technically, it’s under his back pocket. Well, the upper part of his sneaky value is under his pocket. His legs. I mean his legs. His rushing ability will give Kyler a nice fantasy football points cushion to make up for his transition to the NFL. We saw that last season down the stretch with Lamar Jackson and Josh Allen, two quarterbacks who aren’t as good as Kyler Murray. Kyler’s upside is Josh Allen’s torrid end-of-season pace, where he was a top-five fantasy football quarterback in five of the last six weeks without topping 250 passing yards once. Kyler’s rank at QB16 is his floor (though he’s drafted as QB12), and he has plenty of room to move upward. He’s could be a league-winner at #105 overall.

I’ve been on the Christian Kirk bandwagon since February. Since then, he’s become a trendy fantasy football sleeper among the community. I went through the reasons why Kingsbury and Kirk kould… sorry… could work together in Arizona. This was back before we knew that Kyler would be tossing him the ball, a connection that helped Kirk go for 80 receptions, 1,009 receiving yards, and 7 touchdowns back in 2015. Just those numbers alone would give him ranked as WR22, just behind Kenny Golladay last season.

Christian Kirk didn’t have the best rookie season, but when a rookie season ends with a complete housecleaning and a new QB, you can’t really hold that against the wide receiver. He still landed with the fourth-most receiving yards among rookie wide receivers, and he did it with just 68 targets. Should he get a bigger share of the targets in Arizona, merely scaling up his production will put him among the top-24 at the position

Death comes for us all. Larry Fitzgerald included. While it’s hard to call the WR41 a bust, this is to express caution in upside expectations for Fitzgerald. For lack of better options in Arizona, he’s been a steadfast force in PPR fantasy football leagues to rack up top-36 seasons in his career, and top-ten in three of his last four seasons. Unfortunately, market share will prove to be the death knell of Fitz’s career.

He’s had fewer than 135 targets just four times in his career, and he ended as WR24, 30, 31, and 52 in those seasons, with his rank buoyed mostly on the back of outsized touchdown totals. While the Kliff Kingsbury offense will put together a more fruitful season than last year, Larry Fitzgerald will be 36 this year, and the receiver room is suddenly crowded with talent, with the additions of Christian Kirk, Andy Isabella, and Hakeem Butler in the last two seasons. This might be the end of the line for Larry Fitzgerald’s usefulness in fantasy football leagues. Or he’s a cyborg and will play for another thirty years. Who knows?