The Indianapolis Colts are suddenly filled to the brim with offensive weaponry and talent. For years, it was the Andrew Luck and T.Y. Hilton Show, but now Marlon Mack leads a packed running back room, and Devin Funchess joins Parris Campbell with Hilton, Eric Ebron, and Jack Doyle as pass catchers. Everything is set up for the Colts to have, at worst, a top-three offense in the league, but will their rookie fantasy football eligible draftee reap the rewards?

I really like what I saw from Parris Campbell. He profiles as a faster and shiftier Golden Tate. Think a Golden Tate who can use 4.31 40-yard dash speed to sprint away from the defense after he rips the football away from a hapless defensive back. That’s Parris Campbell. He was schemed open a lot in college, but he took advantage of his opportunity, leading the B1G in yards per route run in 2018. Lance Zierlein calls him a “catch-and-run specialist,” and there’s the best description of his talent. He feasts underneath but doesn’t have the moves to get open further downfield. Once he gets the ball in his hands, however, he can make magic happen.

Early indications, however, are that we will all have to wait patiently for Parris Campbell to matter in fantasy football. There are simply too many mouths to feed in Indy, and without an injury, Campbell will be left wanting for targets. The best case scenario currently being bandied about is that Campbell gets enough targets to eat into Nyheim Hines’s production, but not enough for him to have fantasy football relevance. If Hilton or Funchess go down (especially Funchess), or Funchess loses the job then go snag Campbell. Campbell is a beefier Curtis Samuel, and Funchess already lost a job to real Curtis Samuel. He’s intriguing in draft-and-holds, but lacks the top-end production potential for best ball leagues, unless Indy comes to their senses about Devin Funchess. 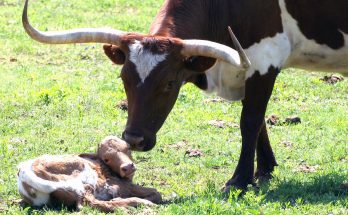