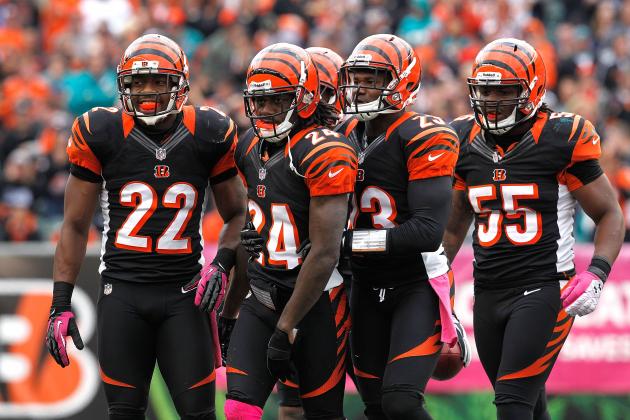 The 2019 Cincinnati Bengals hope to accomplish something this year that they haven’t done since the beginning of the Second Iraq War: have a coach who isn’t Marvin Lewis. Lewis leaves a legacy of being one of the longest-tenured, but least accomplished head coaches in NFL history. Only 22 head coaches lasted longer than Lewis, and only Marty Schottenheimer and Chuck Knox are as equally unaccomplished. The problem? Schotty and Knox did their mediocrity dance with four different teams apiece. Lewis collected a paycheck for sixteen years to lead the Bengals to just about 8.1 wins a season. It was a truly astounding piece of grifting, and one that I admire. Not since [insert your least favorite, longest tenured elected official] has someone collected a paycheck for doing so little for so long! Heh, got [your least favorite, longest tenured elected official]. There’s no coming back from this one.

Anyway, fantasy football. The Cincinnati Bengals were a mess last year outside of Joe Mixon and Tyler Boyd. A.J. Green missed seven games, Andy Dalton went MIA for more than that, and Tyler Eifert did his usual “three games and turning his bones into a cloud of dust” season-long plan. The offensive line was even less useful than Dalton. Pro Football Focus graded the Bengals as the sixth-worst unit in the whole dang league, despite everyone (included noted idiot Jeff Krisko) hyping their O-Line upgrades Cordy Glenn and Billy Price last offseason. This year, they need some help in two key positions for fantasy football owners to get anything out of this mess. Not listed, but this is Andy Dalton’s last stand, and the Bengals would be best served getting a new, high-quality QB (if there were any in this draft that would be around when they pick).

The Bengals need help at the tackles in the worst way, and could spend their first rounder on a Jonah Williams, Cody Ford, or Andre Dillard. Dillard is the best pass-blocker of that crew, so he would do best to prevent the Bengals from having to turn to Jeff Driskel again. Joe Mixon showed he could perform last season behind a junk offensive line, so an interior lineman or a run-blocking specialist is less of a need as much as shoring up Andy Dalton’s ginger-tinted blindside is a necessity.

Don’t get me wrong, Tyler Eifert is great (until he gets hurt), but the Bengals need someone who isn’t C.J. Uzomah playing the other 15.75 games they will play this season. The Bengals would be silly to go after one of the top-flight guys like Noah Fant or T.J. Hockenson, but an Irv Smith, Jr., Jace Sternberger, or Dawson Knox could give Andy Dalton a useful weapon in an offense that has focused on the TE in the past. New HC Zac Taylor has not yet had a chance to tip his hand, but he is a Sean McVay disciple. McVay doesn’t really use tight ends, but that’s what happens when you can use Brandin Cooks, Todd Gurley, Cooper Kupp, and Robert Woods instead. For what it’s worth, McVay is a Kyle Shanahan disciple, and a Shanahan-coached George Kittle broke Travis Kelce’s long-standing TE receiving yards record this season.