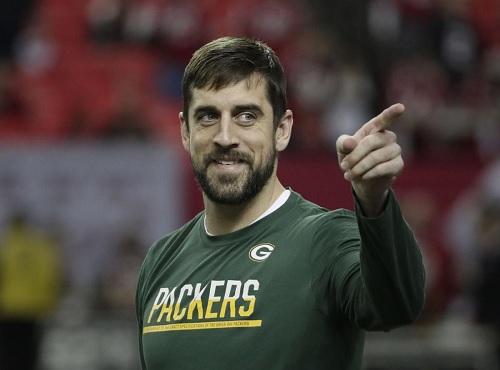 Sorry for Your Loss Week 13: The Green Bay Packers’ Season Is Over

Week 13 is in the books and it’s a painful column to write this week. I, an over extended fantasy football manager have been eliminated from every single league’s playoffs. Maybe I am good, maybe I am a moron. Like when playing RISK, I spread myself thin and what am I talking about Leonard Fournette was on three of my teams. Dude owes me my dues back!

And God owes Fournette a pair of working feet. We’ll see who pays up, first.

As a Bears fan, this week’s Sorry for Your Loss is fun to write. (Clears throat) Oh, my dear friends just north of me, I am soooo sorry for your loss, but Green Bay Packers, you’re done. Sure the actual math behind it is the nail in the coffin but I called this at the start of the season. ‘Experts’ at ESPN who wear sneakers next to a touch screen they can’t function proclaimed Aaron Rodgers so good he could lead a team with no receivers, or defense or offensive scheme to a title.

The problem with the Packers is similar to the Cowboys. People speculate off history. Sure Reggie White was amazing but he’s sadly not around any more. Aaron Rodgers is all Green Bay has. They signed another yesterday star, Jimmy Graham to a multi-year delusional contract. Anytime the Packers lose (or should’ve) to the Bears at home, pull the plug ya’ done!

Mike McCarthy is the fall guy. All managers are the fall guy because otherwise the GM has to admit they put together another dumpster fire of a season and should get packing. The NFC North is weak. So weak that every year we think the Packers are the Patriots. They’re not. They’re a middle of the road divisional leader.

Wisconsinites won’t be sad for long because in some bizarre turn of events the Bucks are good and the Packers are the joke. Grieving for a loss season for the green and gold shouldn’t stop there. This team has nothing. Rodgers is the prom queen who is content with staying at home and enrolling in community college. He seems very content with sitting around listening to people tell him how amazing he is, excuse me, was.

Plus, he sells insurance.
You really want a quarterback who is the face of a company that
prepares people for when disasters strike?

Now that the Packers have been run into the ground, the front office should consider rolling some TNT under the stinging memory of this season. They don’t need a manager who can work with Rodgers. The Packers should ship Rodgers for 2 or 3 draft picks. Two first rounders and a second in the coming years. Send him down to Jacksonville or bookend this Brady infatuation and send him to San Fran where he can block Jimmy’s career once more.

The Packer base is a patient, forgiving and often drunk one so odds are they’ll forgive the team for this dud of a season. After all, they’re stockholders and when’s the last time they’ve ever said ‘yeah we’re idiots!’