Exotic Smashmouth is dead! Long live King LeFleur! Can the Tennessee Titans bring you to fantasy football glory, or will Marcus Mariota continue his 2017 trend of vomiting all over himself?

2018 Fantasy Football Sleeper – Taywan Taylor, Wide Receiver (ADP 223, WR75)
This has more to do with Tajae Sharpe and Rishard Matthews than Taywan Taylor himself. Though, if we are being honest with ourselves, the preseason week two catch-and-run certainly didn’t hurt matters. Fantasy football twitter still reels from how harshly Tajae burned us two seasons ago, and Matthews has been recovering from a torn meniscus.

New OC Matt LaFleur promises to open up the Tennessee passing game, which means more targets to go around for everyone. Taylor didn’t do much last year, but Matthews being so far behind the curve opens a ton of opportunity. He’s not a guy you need to look at on draft day, just keep him in mind if he pops early in the season.

2018 Fantasy Football Breakout – Marcus Mariota, Quarterback (ADP 128, QB17)
Marcus Mariota had everyone primed and ready for him to be a breakout quarterback in 2017, and he promptly fell flat on his face. The Titans threw the ball the fifth-fewest times in 2017, so they have nowhere to go but up in that department. With Matt LaFleur in tow, an extra 75 passes would easily fit inside Mariota’s workload.

Here’s the easy math to Marcus Mariota becoming fantasy relevant in 2018:
The 485 pass attempts per 16 games become 550 (just about league average last season), and his touchdown and interception rate bounce back from his career lows last season to his prior averages of 5.5% and 2.3%, respectively. This is just the Marcus Mariota we knew his first two seasons throwing the ball longer. Should he maintain his yards per attempt with those numbers, his final line will look something like 4,180 yards passing, 30 touchdowns, 12 picks. Toss in 300 yards rushing and three scores (his average his first three years). That’s 19.45 fantasy points per game. Doing that last season would have put him in between Aaron Rodgers (19.4) and Cam Newton (19.6) in fantasy points per game. And he’s basically free.

2018 Fantasy Football Bust – Derrick Henry, Running Back (ADP 36, RB16)
Derrick Henry’s stock had more ups and downs this offseason than the last six months of Bitcoin’s value. The Titans jettisoning DeMarco Murray followed by Tennessee adding Dion Lewis to the backfield had Henry zealots wondering if they should buy the dip or just #HODL. I’m not a huge fan of Henry at his ADP because of Dion Lewis. Henry will continue to split production in the Tennessee backfield and have prognosticators and drafters alike pulling their hair out in frustration.

There are things to like about Murray, namely his career YPC (4.3). Derrick Henry’s yards per carry is the poster child as to why YPC is a garbage stat that lies. Derrick Henry had two touchdown runs of over 70 yards last season that occurred after the opposing defense was already dreaming of ice baths and the ride home (about 1 minute left in games that were already out of hand). Good for him to take advantage of napping defenses who assumed he would lay down to run out the clock. Let’s ignore that over 11.9% of his career rushing yards came on those two runs. Let’s see what they do to his YPC. Let’s go into the way-back machine and assume that the Titans ran Murray, instead of Henry, and those runs never happened. His career rushing yards go from 1,234 on 286 carries down to 1087 rushing yards on 284 carries. His very good yards per carry (4.3) turns into a Not Very Good 3.8 yards per carry.

Henry will continue to have value as, like I said, YPC isn’t everything. The problem is taking Henry at RB16 when he will be a part-time back whose career stats are inflated off of two long runs. The Titans will also abandon Exotic Smashmouth, which means fewer rushing opportunities overall, and in the ten zone. It’ll be a rough go for Derrick Henry drafters. 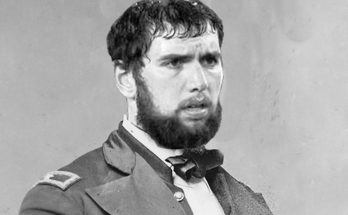 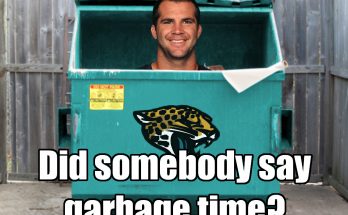