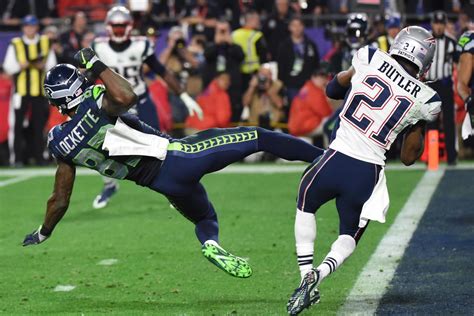 Before we get into our 2018 fantasy football sleeper, breakout, and bust, let’s do a quick primer: For the 2018 season, we will explore fantasy football sleepers, breakouts (or bounce backs), and busts from every NFL team. First, a sleeper can leap into top-tier production at a bargain basement draft day price. A breakout is available in the middle rounds and will return positive value of at least a couple rounds. Bounce backs are normally helpful players coming off a down year or years whom you can acquire for a song. Busts are the worst case scenario: a player who drastically underperforms his draft position. While they may not be a wasted pick, you definitely don’t want them on your team.

The fourth article in this series rounds out the NFC West with the sudden dumpster fire, the Seattle Seahawks.

2018 Fantasy Football Sleeper – Tyler Lockett (ADP 168, WR60)
The Seahawks shut down Doug Baldwin for the preseason with a “sore knee.” Mysterious, vague injuries with timetables including fluff words like “hopeful” generally don’t end well. If Baldwin misses significant time, that leaves 290 targets and 3,388 air yards missing from Russell Wilson’s top three targets last season. While the Seahawks will likely snag Dez Bryant if this happens, he can’t absorb everything. Lockett has been a trendy sleeper in the past, so he has the pedigree. This season he will get the production and be a 2018 fantasy football sleeper for your team.

2018 Fantasy Football Breakout – Chris Carson (ADP 135, RB46)
In the first three articles, I used the bust section to highlight a fantasy football pitfall that befalls drafters. Seattle’s breakout will instead get that treatment. The Seahawks snagged Rashaad Penny with their first-round pick in the 2018 NFL Draft, but despite this, they’ve given Chris Carson an incredible amount of run and hype in the preseason. The lesson here is to listen to steady drumbeats (thank you Sigmund Bloom) and to invest cheaply to find the source of the drumming. Carson is perfect at his current draft position, as if he falls apart between your draft and the regular season, you can cut him for the new hotness.

2018 Fantasy Football Bust – Russell Wilson (ADP 48, QB3)
Last season, Russell Wilson accounted for 37 of Seattle’s 38 touchdowns and led quarterbacks in total touchdowns. In the end, he ended as the #1 quarterback due to this fact. In reality, it took Aaron Rodgers, Carson Wentz and Deshaun Watson playing partial seasons to boost Wilson. Fantasy football drafters rewarded Wilson’s performance last season by drafting him top-three at the position, on average. With the extraordinarily depleted receiving corps and the sudden question marks at running back, it’s a guarantee he does not return on his draft price.