Each week I will be discussing the funniest football happenings that take place in the NFL. All the hoopla of the players, crowds, and referees will be under my absurdity microscope. Get ready to enjoy the wacky, zany, silly, and unpredictability that occurs during the season as we examine the funniest NFL memes, tweets, and plays for Week 16.

"Can we get some professionalism here, please?"

Larry Fitzgerald called out a reporter in the locker room ... the reporter was his dad 😂pic.twitter.com/aRV2MhKMJr

Hard as it is to believe, the Raiders have a path to the playoffs. Here’s what would have to happen in Week 17:

If those four things happen next Sunday, the Raiders make it as a wild card.

— Christian D'Andrea probably does not own a brewery (@TrainIsland) December 22, 2019

.@Cantguardmike is having one of the greatest receiving seasons of all time.

A day after breaking the @NFL receptions record, @Cantguardmike is back in the community, handing out Christmas presents and visiting with patients at @OchsnerHealth Hospital for Children! pic.twitter.com/1bkNIxDmwc

One day after breaking the receptions record,@Cantguardmike is delivering presents to patients at a children's hospital in Louisiana. 🎁❤️ pic.twitter.com/XaHp3FqPln

The @RamsNFL took on the Cleveland Browns in the 1951 NFL Championship at the Coliseum 68 years ago today. This marked the State of California’s first major professional championship, and the Rams’ only title to date while in Southern California ☀️#RamsHouseForever pic.twitter.com/0Mo1pyQPZi

With last night’s performance, Travis Kelce(@tkelce) became only the 3rd TE(Gonzalez, Graham) in NFL history to record multiple 1200 yard receiving season and the first TE to ever post 1200+ yards receiving in back to back seasons. #Chiefs | #ChiefsKingdom pic.twitter.com/yuzKVM3N1i

Lamar Jackson's regular season is over. Here is where his stats stand right now:

It's the 47th anniversary of the Immaculate Reception...

To this day, the players involved still argue about how it went down. 😂 @steelers

STUCK IN PHILLY: Cowboys are still on buses at the Linc after reports team is waiting on viable charter flight.

Looks like coach is none too happy.@6abc #FlyEaglesFly #Eagles pic.twitter.com/i4cxTxBvLm

Why weren’t Amari Cooper & Randall Cobb on the field for the Cowboys 4th down chance to tie the game? Jason Garrett said both players were on the fieledfor a lot of plays in 2-minute offense & neeed a rest. Cooper said it was part of normal rotation.

A #Cowboys source disputes the notion WR Amari Cooper was benched. Instead they wanted to give Tavon Austin a shot at the DBs because Eagles having hard time w smaller quick guys. They got in hurry up mode so they had to wait to put Cooper back in. “Rotation change, not bench.”

NFL Video: Getting or Hitting the Sack?

From All of Us at Fantasy Absurdity

Festivus for the rest of us 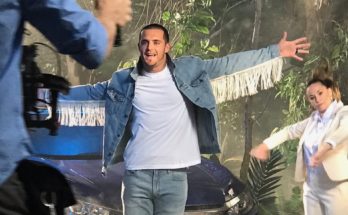 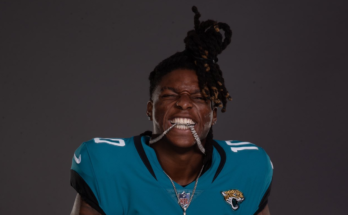